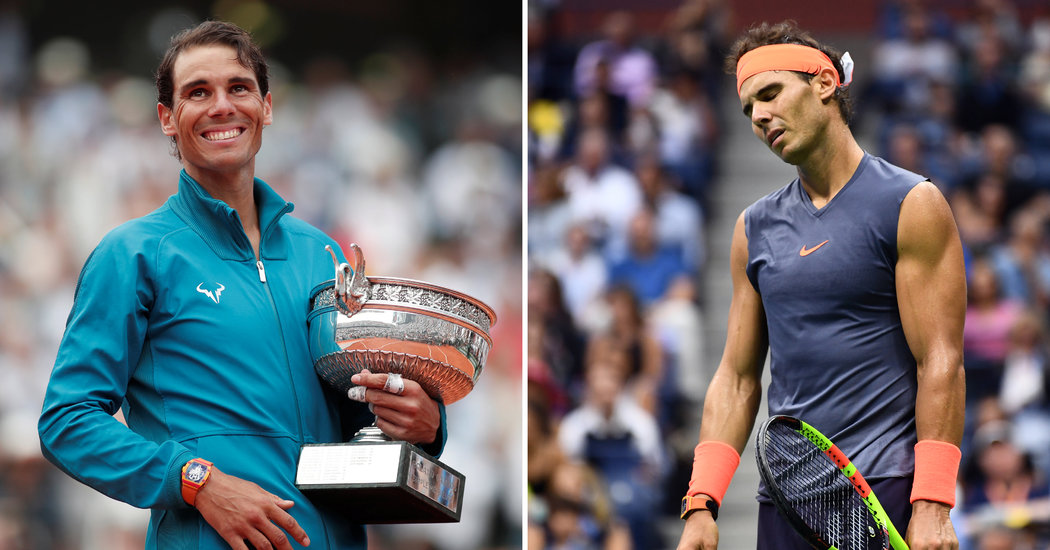 The official tennis season ended with joy and thin disguised fury on Sunday in the north of the French city of Lille.

While Marin Silic and the Croats celebrated the 3-1 victory of Davis Cup, French player Nicolas Mehout awarded the International Federation of Tennis President, Richard Huggerty, part of the brain that won the second place prize, still angry at the decision to radically change the format of the men's team competition annually Next.

These seriously mixed emotions were the appropriate finish for the season where tennis was a lot to celebrate (new stars like Naomi Osaka, enduring stars like Roger Federer and Serena Williams) but also much lament as his governing bodies failed repeatedly to find common ground.

Sports leaders should do better quickly in a brutal and brutal global entertainment landscape where only full-force events seem to be able to leave a lot of traces.

Men's tennis was not completely roaring in 2018: Andy Murray, who finished the No. 1 in 2016, played only a handful of matches while he struggled to recover from hip surgery. The injury of Juan Martin del Potro who was injured for nine years was his best season in nine years and only to break his right knee in Shanghai in October.

Rafael Nadal, 32, missed significant blocks of the season with various injuries and had to retire midmatch on Australia Open and the United States. But he still won five of the nine tournaments he played, including the French Open for the 11th time and probably not the last.

In the end, the top ranking was a look back. Novak Djokovic, 31, has finished the tax 1 after returning to the second half of the year in which he won Wimbledon and the US Nadal finished # 2, and Federer, 37, finished the No. 3 despite going over the clay season again.

These three continuing champions, who again reaped the Grand Slam's loot in 2018, were also the top three men in the rankings already in 2007. They finished in exactly the same ranking order as last 2011.

"What amazes me is that they were so successful in such a difficult time that tennis professionalism went far beyond what we saw before," said Darren Cahill, a veteran coach. "A lot of it is because of the money in sports now that everyone has the ability to put a good team around them." Players treat every aspect, ticking every box you can tap, and yet these three guys managed to control.

B New York Times poll The month of ATP players, coaches and leading analysts, Djokovic, Real and Federer dominated the vote on the best shots in the game. Perhaps the most amazing: they finished 1-2-3 category traffic despite all three being in their thirties.

"It's a tribute to how much emphasis they put on their biggest asset, and that's their body," Cahill said. "If you look at all three of them, they have not made many changes in their strength and fitness teams throughout their career." They have a lot of stability.

Seven of the top 10 of the year are in their 30s, including Kevin Anderson, 32, and 33-year-old American Jason Isner, both of whom joined the same elite group for the first time. Kei Nishikori, one of the biggest strikers of the game, also made an extraordinary comeback from a major wrist injury to finish the year at No. 9 at the age of 28.

But there were hints of a generational shift that had changed. And if you consider the top 20, there are six players 23 or younger: Alexander Zverev, Foundation Khachanov, Borna Korik, Kyle Edmund, Stefanos Tsitsipas and Daniele Medvedev.

Zorb, who now has Ivan Landel on his coaching team, remained the undisputed leader of the New Wave after winning the ATP final this month by defeating Federer and Djokovic.

But Zverev, ranked # 4 at the age of 21, should have a lot of competition from his generation. Khachanov, Korik and Tsitsipas are players of different styles who share the potential to win the major titles.

Anov, an impressive Russian with one of the biggest survival blows in the game, beat Zvreb and Djokovic to win the Paris Masters event this month. Tzitzapas beat Djokovic, Zorob and Anderson On his way to the Toronto Final this year. Coric, one of the first defenders of the game but with more and more mind hitting the set, Federer won twice in 2018 and was a key member of the Croatian team winning the Davis Cup.

For now, Grand Slam titles that define careers (and profit power) remain in the exclusive domain of the old-timers. Inactive ATP player under the age of 30 won one of the four major singles titles, the first in 50 years of the open era.

The women's game is somewhere else, much less predictable. Eight different women have won the last eight major singles titles, and five, including Simona Halp and Caroline Wozniacki in 2018, were the first time Grand Slam Champions Singles. Naomi Osaka won the US Open in September in the 20th, defeating Williams in straight sets in the finals where Osaka's nesveless brilliance was swallowed up by Williams's disputes with referee Carlos Ramos.

For the first time since 2006, Williams, 37, did not win the tournament, but she could not think of her comeback season from birth anything but a success. She also reached the Wimbledon final and won three rounds in impressive French Open before retreating with a chest injury.

If Williams can stay healthy, she still has an excellent chance of winning more and more Margaret Kurt's equality of 24 Grand Slam singles records. But Williams was no better. Her older sister Venus deteriorated in 2018 after reaching the Grand Slam final in 2017, dropping to 38 at 38.

Osaka and other young people like the 20-year-old Belarusian, Erina Sabalanka, without power or ambition. Young talents like Martha Kostock, 16; Amanda Anisimova, 17; And 18-year-old Diana Westermska are on the horizon.

And with one more season and very little to start, it would be better if the tennis leaders did not start moving either.

The detached administration of sport remains the biggest obstacle to growth and a sustainable timetable. Compromise should not be too much to ask.

And if there are doubts about the beauty of rapprochement, the bureaucrats should consider what happened shortly after the Davis Cup final.

Despite the disappointment, the French team visited the Croatian dressing room and offered greetings, hugs and finally toast.