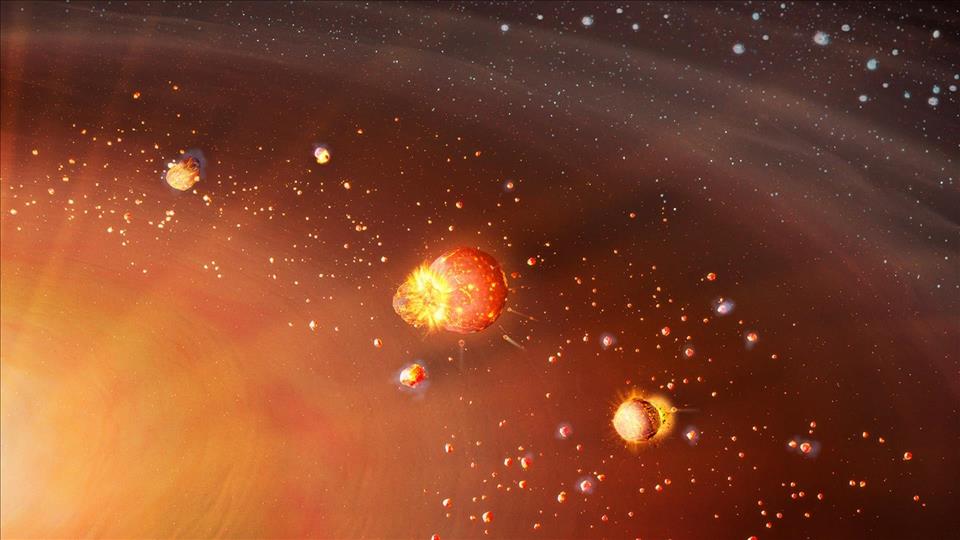 The planets of the inner solar system – Mercury, Venus, Earth and Mars – are small, dry and rocky, unlike Jupiter, Saturn, Uranus and Neptune in the outer system, which are larger and hold more water and volatile elements.

According to prevailing wisdom, Jupiter was the first to be created when the solar system evolved from a disk of gas and dust about 4.5 billion years ago. The large planet cut the disk into an inner and outer region and virtually blocked any metabolism between the two.

Using computer simulations, they discovered that the two solar systems were formed in two separate waves. According to them, the first building blocks of the inner planets – called planets – appeared in the early stages of the formation of the sun, with a key role played by not Jupiter but the snow line, consisting of water vapor at a certain distance from the sun. Some of these vapors condensed on dust grains, which combined to form the planet-figure.

Legal disclaimer: MENAFN provides the information “as is” without warranty of any kind. We accept no responsibility or liability for the accuracy, content, images, videos, licenses, completeness, legality or reliability of the information contained in this article. If you have any complaints or copyright issues related to this article, please contact the provider above.