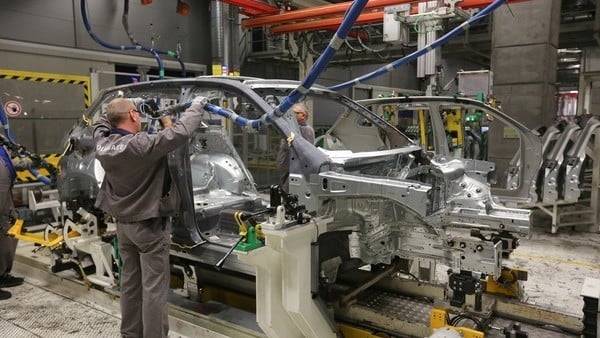 Due to the collapse of industrial production, in September enterprises used only 61.1% of installed capacity. It represents a decrease of 5.2 percentage points over the same month of 2017, According to a monthly INDEC survey.

As of January 2016, when this series began to be distributed in a new methodology, in February 2017, a slightly lower index (60%) was recorded during the holidays and in the recession of that period. And in July this year, with 60.1%, due to the Great Recession.

A year ago, There are sectors with two-digit retracements. For example, textiles fell 19.2 points "due to the low activity in the production of cotton yarns, knitted flat fabrics." Refining oil 10 points "as a result of the realization of shutdown of the plant which affected the level of raw processing," according to INDEC. In addition, there was a decrease (-10.8 points) and the automotive industry (12.3 points) due to the "drop in sales to the domestic market".

Above the September 2017 values, the "basic metal industries" (+ 3.3 points) were notable for the higher growth of raw steel and the main aluminum production.

In the Indec report, the metal industry, excluding cars, recorded a "level of installed capacity utilization of 46% in September, lower than September 2017 (54.7%)," mainly as a result of the reduction in production levels of tractors, , Of a smaller detail of the different segments of the white line and the fall of the activity of construction.

You can receive WhatsApp messages when the cell phone is off, here we teach you

“Scratching with pleasure does not itch”: the reality of people living with scabies

Poll: Santili and Vidal retain 80% of the votes obtained by Mans and Lopez Murphy