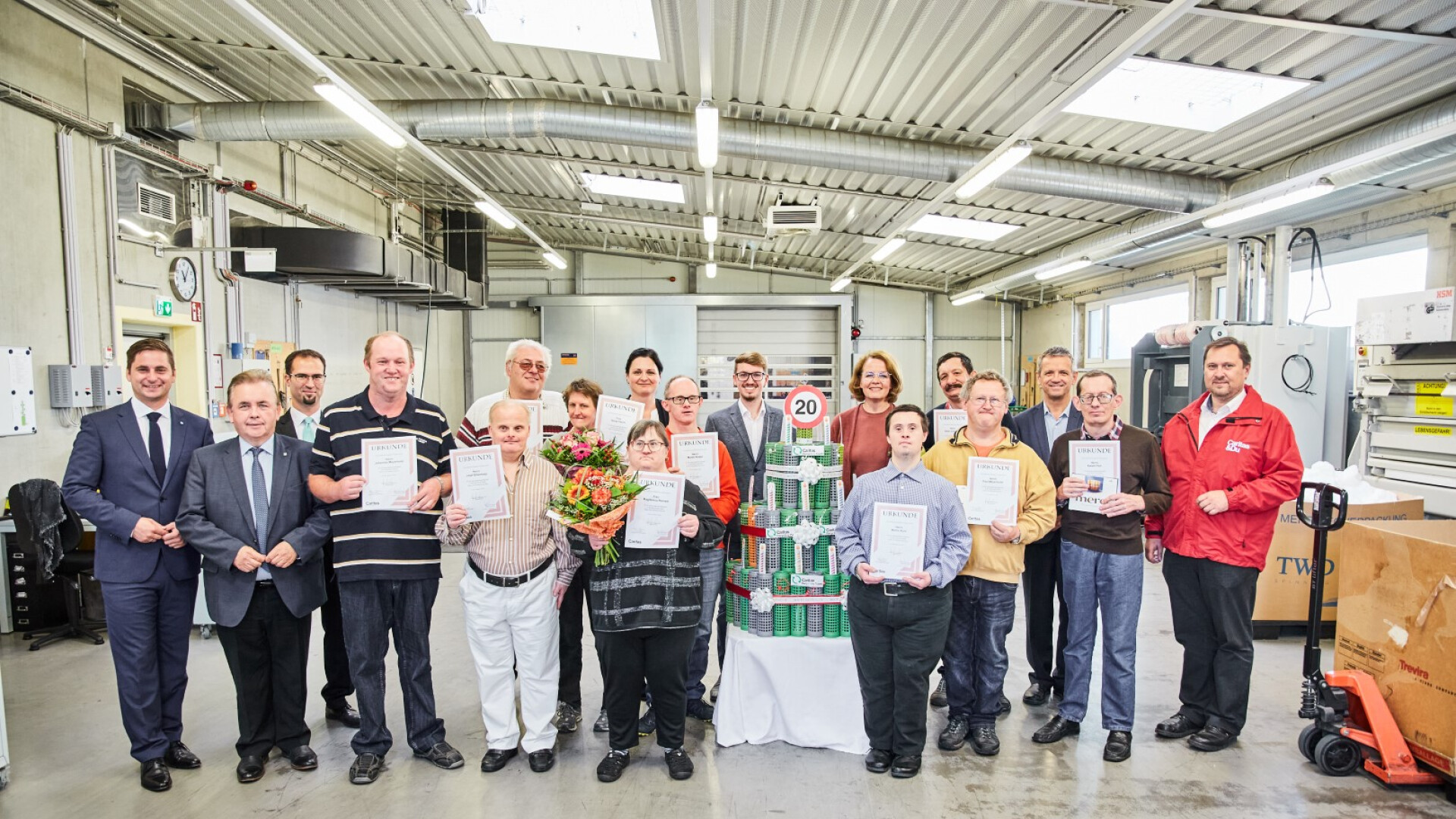 Kritas’ first recycling workshop was set up in Zavatl two decades ago. The idea of ​​creating supervised jobs for people with disabilities and at the same time producing recyclable materials from materials that are no longer needed was well received. Beginning in 2001 with 15 employees, jobs were created for 29 employees with disabilities and six job counselors. In addition to processing recyclable materials, Kritas recycling workshop workers also perform contract and external work at regional companies.

356 tons of processed material per year

The work in the recycling workshop is organized into four departments. Here wires are separated from cardboard reels and pressed into bundles. The carton as well as the single-stranded wire can be transferred to international industrial companies for targeted recycling. With airbag recycling, tissue debris from the production of airbags separated from foil is pressed and thus recycled to the raw materials. “356 tons of material are transported each year by 100 trucks and processed in a zootel,” says facility manager Florian Bauer on the occasion of the 20th anniversary. All the employees who were with us from the beginning, had certificates and small gifts at the celebration.

Suitable for the job market

The director of Kritas Hans Ziselsberger emphasized in the celebration: “It is important to create such job offers in the company buildings for people with disabilities in order to create a transition between Kritas workshops and company work. Therefore it is also a goal to make employees suitable for the first job market according to their options, which are always successful. One employee has already been given a permanent position at the Otenstein Golf Course.

ÖVP Regional Council member Christiana Chel-Hoffmeister welcomed the anniversary: ​​”The Zvetel recycling workshop is a particularly valuable project because it combines the inclusion of people with disabilities in working life with the benefits to the environment through recycling. The people who work here continue in important and significant tasks Many socials. “

ÖVP National Council member Lucas Brandweiner, County Captain Matthias Krall and ÖVP Mayor Franz Moled praised the work of Criterus’ recycling workshop staff during a tour. “You are making an important financial contribution. It is important that this facility exists,” he stressed, for example.