Why the developments in the oil market are troubling the players 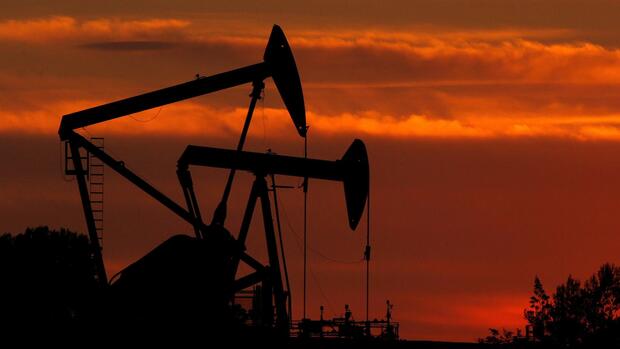 ViennaThis question is driving experts around – and consumers: how the oil market goes? The uncertainty is growing and prices are falling in parallel. On Friday afternoon, the price of the North Sea Brent slipped below the psychological limit of $ 70.

A meeting of the Organization of the Petroleum Exporting Countries (Opec) and a number of non-OPEC countries this weekend in Abu Dhabi could provide information on further developments in the oil market, but it is considered an important milestone for another oil strategy to be decided On December 6 at the regular Opec conference in Vienna.

However, various signals from the 14 members of the oil cartel are currently troubling the market players. Saudi Arabia is causing great uncertainty: Recently, Riyadh has been revising the price erosion of oil production. What should look like is still open.

Although the strategy will not be determined until December, the weekend meeting already has a big impact. "Rhetorically, such a hoof can already be marked in Abu Dhabi," says Hans Loacker, an expert on the oil of the Austrian Raiffeisen, Handelsblatt. Only in June did the oil cartel in Vienna together with Russia decide to increase oil production.

In addition to the uncertainty, Saudi brain games also cause irritation: What will happen to the oil market without OPEC? "We look at what happens when we can not. One scenario is that the OPEC does not exist, "said Adam Siminski, director of the King Abdullah Research Center in Riyadh, a think tank close to the government.

A former Energy Department employee and former chief energy economist at Deutsche Bank in New York, but the Bloomberg news agency could not say whether that was the plans of the Saudi government, US President Donald Trump recently attacked the oil cartel because of high prices. .

The dangerous brain games of the Saudis come at a difficult time. Because of the oil cartel has lost tremendous importance. The oil-producing club, founded in 1960, can no longer raise or push the price of world oil. For this, Opec needs the Russian partner and the support of other non-OPEC countries.

Equally because of the Saudi brain games, the relations of the OPEC countries are characterized by great distrust, and the conference at the beginning of December will not be a routine event, but rather an examination of the once arrogant oil cartel.

Many market participants see the 180-degree Opec shift in support policy as a strategic mistake. According to the new sanctions imposed on the United States, sales in Iran are expected to be less than 500,000 barrels a day over a period of four to five months, says Jan Edelman, oil expert at HSH Nordbank, Handelsblatt.

Venezuela also has reasonable production losses, says Edelman. Given the solid growth in demand for oil, there is no need for an additional reduction in Ofek's funding: "On the contrary, there is need for additional OPEC oil."

The United States issued new sanctions on Monday against OPEC Iran. However, the export ban decided by Trump is pulling out some oil buyers such as China, India and South Korea.

On the other hand, the expert of HSH Nordbank expects continued solid growth in demand. This will allow the level of global demand in the second half of this year to break the daily limit to 100 million barrels. That's good, according to analysts, especially for the US "Previous growth this year surprised everyone again," says David Witz of the influential energy market JBC Energy in Vienna.

"The US shale oil industry experienced unprecedented growth rates three or four years ago," says Edelman, who last year overtook Russia as the largest oil producer.Joed Energy's David Wats notes that other countries , Like Russia, are producing more oil again, which in turn weighs on prices.

The forecast for the coming months is "basically dark," says the expert. His forecast for Brent price by the end of the year only 65 to 77 dollars per barrel.