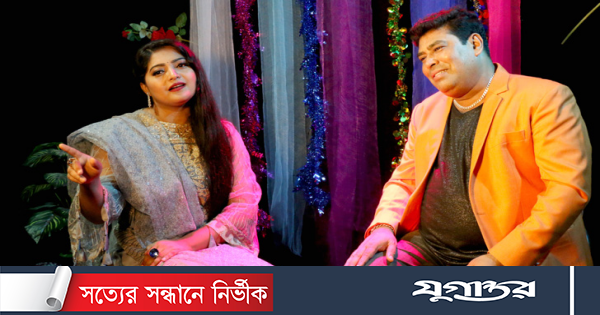 FM Iqbal bin Anwar Dawn has a real interest in music even though he works for an corporate company. This music artist, who has loved music since childhood, pursues music even in his old age. However, he is revered as a singer in his field. He first appeared as an artist two years ago.

Don entered the music world as a professional artist with a solo concert during Eid al-Fitr last year. Since then he has sung regularly in various programs. Besides, he has skills as a writer and composer. For the first time, the musician sings a duet with the close singer Selma. ‘What kind of wholesaler are you, my friend? Do not understand retail. Artist Don also composed the lyrics and melody of this song titled ‘Love That Doesn’t Happen, Friend, Wholesaler, Love Market, I Lend Big Money’. The song will soon be broadcast on a TV channel with video.

Meanwhile, Selma also works regularly in the music world. Don is not just a musician. He is also a successful player as a former player, sports organizer and teacher.