The resignation of the teacher who cut the hair of 14 students, Otal University 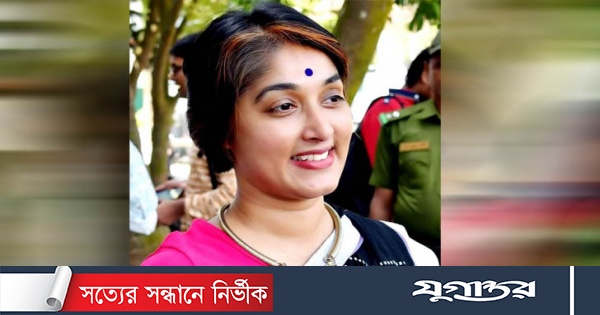 Farhana Jasmine Batten, a teacher accused of cutting the hair of 14 students from Rabindranathi University in Siragani, has resigned from the three positions assigned to her.

Following Ruby’s board decision on Tuesday night, he resigned in writing from the position of chairman, assistant professor and member of the Proctoral Council of the Department of Cultural Heritage and Bangladesh Studies.

Laila Pardus Himmel, chairwoman of the department of Rabindra Ruby, confirmed her resignation. However, the students announced that they would continue their movement because they were not permanently fired or resigned. At the same time, they moved away from 4 points and now they called for a one-point movement.

Students said they would begin a hunger strike on the Ruby-1 campus starting Wednesday morning demanding the removal or resignation of the Perna Yasmin Batan community.

According to the injured students, Farhana Jasmine Batten, chairwoman and assistant director of the Department of Cultural Heritage and Research at Bangladesh University at Rabindra, stood in front of the exam hall with scissors in her hand as she entered the final examination hall of the first year of political science. Of those whose hair was caught in the palm of his hand in scissors. In this way he counted the hair of 14 students one by one in scissors.

The students are emotionally broken. The issue went viral when students posted on social media Facebook in protest of the incident.

In a demonstration against the incident, teacher Farhana Jasmine Batten called first-year student Nasmol Hassan Tohin to her rooms, insulted him and threatened to deport him permanently from Ruby.

Fearing this, Tohin closed the door of his room at the Shahamhdom hostel in Dwariapur around 20:00 in the evening and tried to commit suicide by taking sleeping pills. Around 20:00, his classmates found him unconscious and led him to the health compound of Shahjadur Opazila and then to Enayetpur Medical College Khwaja Yunus Ali. He is currently being treated at the hospital. His condition is still critical.

After the incident, students were angry and rushed to the Ruby campus at night to demonstrate. The protest lasted until late at night. Later Tuesday morning, when they started demonstrating again, the Ruby Campus student movement got excited.

Abdel Latif, Vice Chancellor and Treasurer Ruby, and Jasmine Batten, a teacher in the Department of Cultural Heritage and Bangladesh, Ruby could not be referred.