What the Prime Minister said in Parliament about Barrister Modod 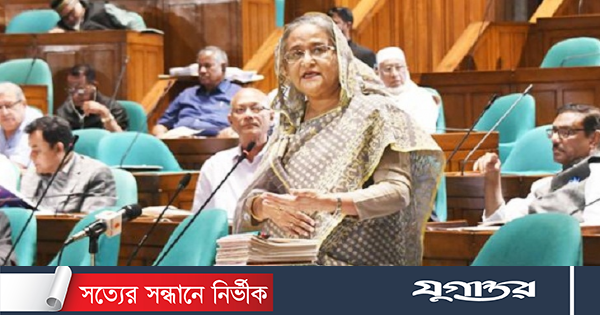 In Parliament, a motion of condolence was passed on the deaths of the former prime minister and member of the BNP standing committee, the barrister Modod Ahmad. Following the offer of consolation on Thursday, the prime minister spoke in a chaste manner about Modod’s political life. According to him, there is no doubt that Modod Ahmad was a genius.

The president of the Awami League, Sheikh, said that Modod had always been close to the government, and the barrister Modod Ahmad. Although he never did the Chahatra League. He was always a little close to the government. There was no doubt that he had a habit of switching teams over and over again. Even then I would say he is a talented person, but if he had used patriotism properly he could have given a lot to the state; This is the reality.

Prime Minister Sheikh Hussein spoke of Mahmoud Os Samad Chodori’s condolence proposal, “Another gentleman is the barrister Modod Ahmad.” He became a lawyer and came to Bangladesh in 1989. He was always the son-in-law of the poet Yassim Oddin and had little sympathy for him. But some of his works were a little different all the time. Because of this he was arrested once in 1973. Because he was at that time smuggling secret information of Bangladesh.

Recalling the release of Modod from prison and saying Sheikh Hasina, “The poet Yasimudin Sahab himself has come to our house.” He was released after asking the father of the nation in Nagbando.

The Prime Minister noted that Modod was not a lawyer in the case of Bengbandu, and said that the vase case of the vase was filed against the father of the Nation in Bangband Sheikh Mujibor Rahman. When the case was continued, Modod wrote in his biography that he was the lawyer in that case. In fact he was not a lawyer of eight. he said. Kamal Hussein used to hang out with them and the Palestinian Authority of Bangabando Muhammad Hanif used to hang out with them. He was with that group the whole time. He was particularly close to River Amir al-Islam. The two always walked together.

Regarding the offer of Bangbandhu’s meeting with Ayub Khan on his conditional release, Sheikh Hussein said, Ayoub Khan summoned a round table meeting and offered to Bangabando Sheikh Mujib to go on probation while he was a prisoner in a vase affair. When I told Mom this offer, she took a very hard step and said, ‘Let him come back as a free man. He will not go on parole. I took this information from my mother into the canton, where many leaders were present. They were willing to put Bangbando Sheikh Mujib on probation. But when I got the message from my mother, Bengbando himself did not want to go on parole. He denied that he would go on parole. Then when we returned home – the lawyer Amir al-Islam and another of the sons Amudud Ahmad came to our house. I stand alone on the porch – they come to me. Amir-al-Islam himself said, “What girl do you not want your father to come back from prison?”, Brod Modod agreed. I said, my father will return with dignity. You do not have to spread all this confusion.

The Prime Minister said that he (Modod) has written many controversies in his writings in all the sweetness he has in mind. And he liked to switch teams. When the Awami League was about to come to power, he joined the party in 1989. He later joined the BNP in 1985. Then, when Arshad came, he (Modod) was a convicted defendant. Mr. Arshad converted his sentence and made him Minister of Law in the Cabinet. Then he joined the BNP again. No doubt it was his habit to change parties over and over again in politics. I called Hassana myself when she died. Because I always knew Hassana. I spoke to him in Singapore.