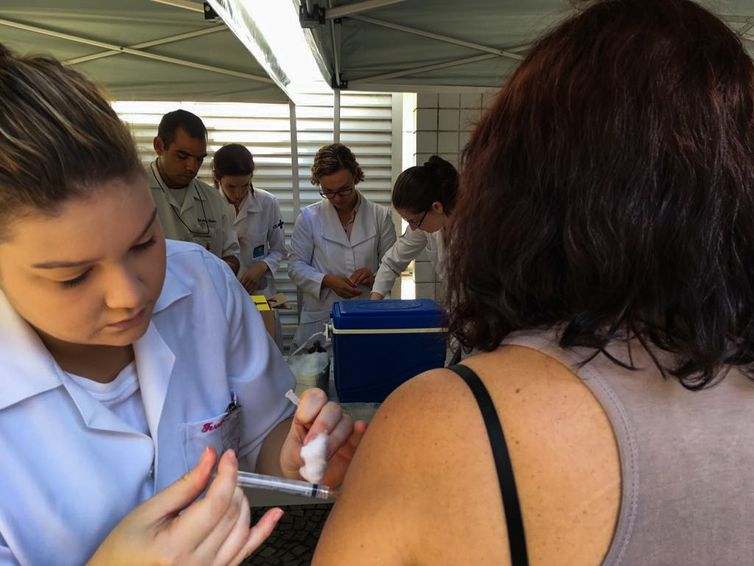 The city of Sao Paulo will make yellow fever vaccine at flight stations this month. Bus terminals, train stations and subway stations, as well as large distribution sites in the center, will be points for vaccination.

The goal is to reach 95% of the capital coverage in the state capital, which now stands at 58.5%. The initiative is part of a series of actions to combat aerobroviruses – which include both rapport and dengue – during summer and rain. The vaccine remains available in all the city's basic health units.

This Saturday (10), flight stations are in Largo to make Camposi and Faculdade Hotec, both in the center area. To receive the dose, you need to carry an identification document and, if possible, a vaccination card and a card from the United Health System (SUS).

Those who intend to travel to areas recommended by the vaccine will receive the dose at least ten days before the time of the trip. This is the time it takes for the body to produce the antibodies against the disease.

Since September, when the city's vaccination campaign began, 6.8 million doses of yellow fever have been applied.

In 2018, the capital recorded 13 autochthonous cases (purchased from the municipality) of yellow fever, six of which caused death. In addition, 107 imported cases were recorded.

The municipal health department warns that in recent months there is a stabilization of the disease because of low temperatures, but the trend is that new cases arise with the arrival of summer.

It also highlights that the city registered a new epizootic (the death of Sagui) in Anhanguera Park in the first half of September. This indicates that the virus is circulating in the capital.

The yellow fever vaccine is not indicated for children under the age of 9 months, pregnant women, women who breastfeed children up to the age of 6 months, and patients with immunodefication of any kind: cancer, HIV, immunosuppressive therapy (steroids, chemotherapy), radiotherapy and immunomodulators . In cases of doubt you must undergo a medical evaluation.

The vaccination leaflets can be checked on the website of the Municipal Health Secretariat.