Scientists from Unesp synthesize the molecule that can kill hepatitis C 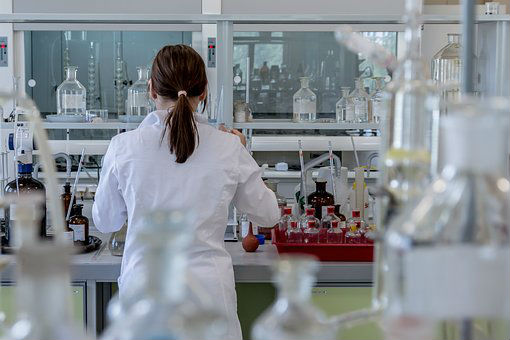 Contract Tadeo Arntes Agnes fapesp – a new compound which inhibits the replication of Hepatitis C. (HCV) at different stages of its cycle – and is able to act on bacteria, fungi and cancer cells – was synthesized by researchers at Unesp.

The study – supported by FAPESP through several research promotion devices [veja a relação adiante] – was described in an article published in the journal "Scientific Reports" of the Nature Group.

"What we did was combine existing molecules, using laboratory synthesis, to produce new compounds with biological potential, using bioconjugation, synthesizing six compounds and examining them for genotypes of HCV 2a and 3a, , Said chemist Paolo Ricardo da Silva Sanzas, one of the two main authors of the study, Lagensia Papsp.

The hepatitis C virus exhibits significant genomic variability, presenting at least six major genotypes, each with subtypes. Genotypes 2a and 3a are the most common types of HCV in the circulatory system. The device capable of destroying them – AG-hecate – was synthesized from Gaelic acid and hecated peptide.

"We have found that this compound operates at almost any stage of the replicative HCV cycle – which is not a common feature of antivirals.There are usually individual targets, such as individual capsid proteins, membrane receptors or specific proteins such as NS3, inhibiting specific processes such as virus entry into cells, Of genetic material and protein, the assembly and release of new particles and viral infections, on the other hand, the AG-Hcate, presented a broad activity, which operates in several stages of the cycle, Sanches explained.

The researchers examined the AG-hecate both in the virus as a whole and in the so-called "subgenetic clones", which have all the elements for replicating the genetic material in the cells but can not synthesize the proteins responsible for the infection. And the compound was effective in all tests.

Another feature introduced by the compound was its high selectivity index. This means that it attacks the virus much more than the host cell. Therefore, there is potential to be used as a medicine to treat the disease.

Although the compound shows little activity in red blood cells, the molecule needs to undergo structural changes to further reduce its toxicity. This is what we are working on now so that research can develop from the in vitro to in vivo stage, "said Unesp researcher.

As reported by Professor Eduardo Maffud Cilli, Sanchez's doctoral advisor at Unesp's Institute of Chemistry at Araraquara (SP), "The average time for planning and developing therapeutic peptides is 10 years." Research with these data has only come out. Development of the AG-hecate molecule. "" Given the statistical average, it will take another eight years before the drug reaches the market. "

Cilli participated in the study and also signs on an article published in scientific reports. "The big news is that this molecule not only works on HCV, it can also act on bacteria, fungi and cancer cells, and because the viral and yellow syphilis are similar to replication cycles similar to HCV, we will also examine the efficacy of AG-hecate in relation to these viruses ", He says.

In the case of cancer, the molecule interacts and destroys the membrane of the affected cell. Here, the selectivity of AG-hecate action arises from the fact that the modified cell cancer has a greater amount of negative charges on the surface than the normal cell. And the peptide has a positive charge. Then, the action is by electrostatic attraction. In the case of the virus, the mechanism of action of the molecule is more complex, as shown in Fig.

The studies were carried out in the laboratory of synthesis and biomolecular studies of the Institute of Chemistry of Unesp in Araraquara, coordinated by Prof. Eduardo Maffud Cilli, and in the laboratory of genomic studies of the Institute of Biological Sciences, Letters and Exact Sciences of Unesp in Sao Jose to do Rio Preto, coordinated By Professor Paula Rahal, director of the doctoral dissertation of Mariana Nogueira Batista, a researcher who divides the author of this work with Sanches.

The study was supported by FAPESP within the CIBFAR Center for Innovation in the Field of Biologicals and Drugs (CEPFAR), one of the Centers for Research, Innovation and Distribution (CEPID) funded by FAPESP. The Foundation also awarded scholarships for the following projects:

"Development of multifunctional drugs for combined treatment with hepatocellular carcinoma and HCV".

GA-Hecate's anti-viral properties on the entire HCV cycle represent the new anti-viral class and open the door to the development of broad spectrum anti-virus can be read at www.nature.com/articles/s41598-018-32176-w.