Brian Gallant moves up the wheel of the Liberal Party 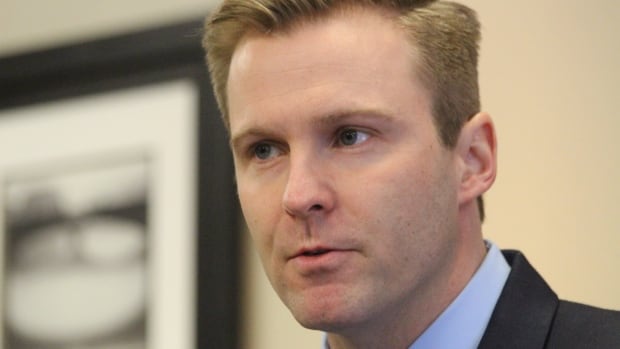 Former British Prime Minister Brian Galant says he will lose as leader of the Liberal Party sooner than planned.

Galant said on Friday he would resign at the party's next lobby meeting, scheduled for mid-February, instead of waiting for a leadership organization to choose his successor.

"It turned out that while I was still occupying the role of leader, many would be hopeful – and some would be apprehensive – that I might run again in the next election," Galant said at a press conference in Moncton.

"Let me be clear I'm not running again in the next election as leader of the Liberal Party or being the MLA for the Dyke Bay Deepa."

Galant is not stressed, says MLA

Discussions are underway on whether the next breast meeting should take place earlier in mid-February, said Lobby Chair M Claude Amours.

Alant decided to leave himself and not under pressure, said Amorets.

"I very much respect his decision not to be the leader of the Liberal Party," he said.

The head of the interim party will also be elected at the next meeting, but Amoras hopes that party members will be able to choose a new leader as soon as possible. The party steering committee will select a date for the leadership conference to be held in St. John's, he said.

The resignation has already been announced

Galant, who tried to form a minority government after the September 24 elections, has already announced his intention to resign when his government was defeated in the legislature and progressive conservatives took over.

At the time, Galant said he would remain a leader until the party found his successor, which he did not do. On Friday, he suggested that by leaving earlier, he was pushing the party to get a new leader faster.

"My hope is that by doing so the Liberal Party will recognize that it should choose a new leader and within reasonable time frames for the party," Galant said.

He also suggested that there was some urgency, because Prime Minister Blaine Higgs, who is supported by three members of the People's Alliance, controls "as if he has a majority."

"He gave the People's Alliance all the cards and therefore control the agenda of the government."

The former prime minister says he will get off at the next demon meeting 1:10

As a result, Galant said, the PC government may fall on its first budget, which will be presented after the legislature returns on March 19.

Galant said he would remain as MLA for the Bay-Dieppe Diyak for now but would not say if he will stay until the next election.

He said he would remain neutral on who should be the next liberal leader.

Galant said he had no interest in running any other level of government.

At the press conference on Friday, Galant thanked New Brunswickers for the opportunity to serve the province. He said he and his wife would continue to contribute to improving the county, but in other ways.

He has "no plans at the moment".

Later, Higgs wished Galant "the best" in his future endeavors.

He said he did not know what to think of Galant's claim that he ran the county as if he had a majority. 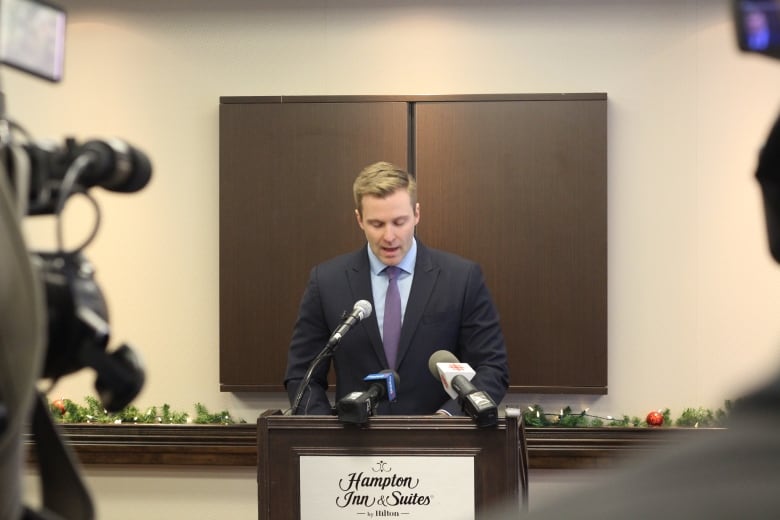 Galant said he would resign at the party's next party meeting in mid-February. (Shane Magee / CBC)