Humboldt Broncos ordered, and other applaud changes to crash the bus at the intersection 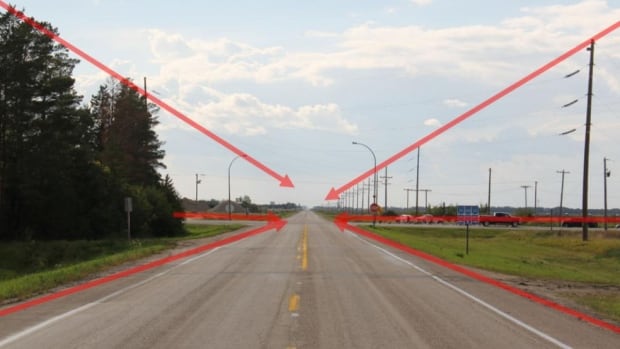 The government of Saskatchewan promises to install strips, lights, signs and road signs where the Humboldt Broncos bus collided with a transport truck.

"To see that is going to be handled, it's a good thing," said Scott Thomas, whose son, Evan was one of 16 killed in the crash.

The planned changes to junction 35 and 335 also include the removal of trees, the restriction of nearby access roads, and the transfer of the Broncos monument to the roadside. The total estimated cost is several hundred thousand dollars.

The announcement came during the publication of an independent report on the clash, which also left 13 wounded.

Broncos president Jamie Brookman said he was satisfied with the recommendations.

"Frankly, I did not expect much," he said.

"The fact that there is evidence of how important it was to happen something to prevent and prevent such a thing."

Brockman said he was especially pleased to see the straps of thunder as Impro suggested.

Families of victims, experts and others require improvements at the intersection since the April tragedy.

The action was carried out on several other fronts. Last week, Secretary of the Saskatchewan Insurance Office, Hagarayev, noted Broncos' crash in announcing the necessary training for semi-drivers. Although Hargreve was criticized for exempting farmers from the new rules – the closest in March – most of them called it a positive first step. 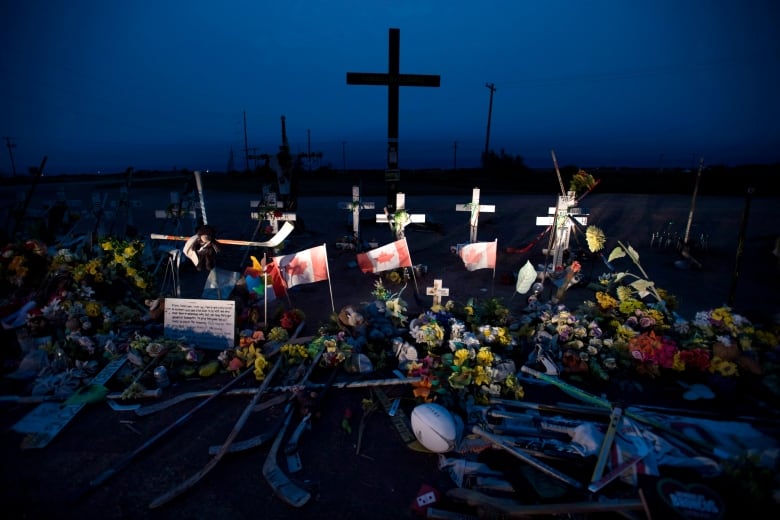 The site of the crash contains a memorial site for hockey sticks, crosses and Canadian flags. (Jonathan Hayward / Canada Press)

When rapid deaths occur, the government usually conducts internal traffic audits. After considering "the severity of this conflict and the significant attention paid to it," the Department of Justice commissioned McElhanney Consulting Services Ltd. To handle matters, according to a government news release.

At the intersection there are fewer crashes than the average. In the past 28 years there have been only six incidents. The collision rate was less than a million vehicles passed.

"There were no significant collision trends at the intersection," the report said.

However, there are ways to make the junction safer, the report said.The government said it would implement any recommendation.They include:

It is in a relatively remote part of North East Saskatchewan. Drivers may be especially tired after traveling for long periods to get to this point, say.

"Higher levels of fatigue can cause reduced alertness and increase reaction time, thereby increasing the potential for errors or in some cases causing drivers to fall asleep at the wheel," it says.

Drivers traveling on Route 335 could have assumed that this was an uncontrolled intersection and "observing" the station sign. This is the only major node for more than 20 km in any direction.

Aligning the trees, power poles and the horizon may lead to tunnel vision for the drivers.

"The illusion has been observed to be even more pronounced under wet conditions and / or glowing sun," the report said.

Thomas said the report was difficult to read, but the changes were "a step in the right direction." He said it was good to know that the node might be safer for all future drivers.

Thomas said changes were needed on many fronts, from seat belts on buses to semi-training. He added that it is important to improve standards for all nodes in the province.

"This node is one of those things that went wrong," said Thomas. "Things that should have been clear are finally familiar."

Humboldt tow truck driver Kurt Horudko cleaned debris 20 years ago following the other fatalities just at this intersection. He said enhancements to each highway are a good thing, but agreed with Thomas that this is just one of many elements.

"You can put all the safety things in the world, but if there are other factors like guys being tired, it's not going to help anything," said Horudko.

"Down the road there is another junction, then another one and another."