In demonstrations outside the offices of the MPPs, Franco and Ontario oppose Ford's government of French language cuts 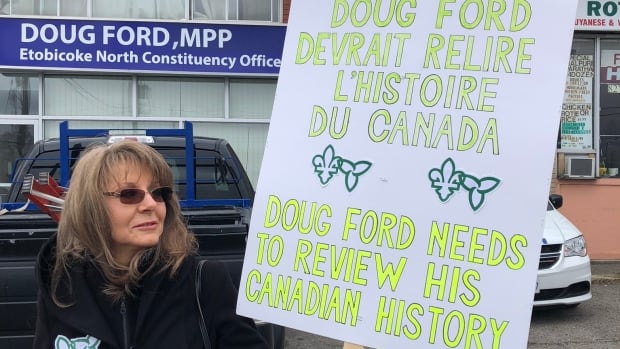 On Saturday afternoon, thousands of French speakers in nearly 40 communities across Ontario rejected the cuts of Premier Doug Ford to certain French-language services.

The demonstrations – organized by the Francophone Assembly of Ontario, representing 740,000 francs – were held in front of the party offices of all political lines and in every corner of the province.

"Franco-Ontarians have a right to defend our rights," said actress Liebek Blaise outside Ford's election office, where 300 people gathered.

"Our population justifies our institutions."

This "resistance" is a reaction to Premier Ford's move to Ford to downgrade the province's independent watchdog on Francophone services and cancel funding for the long-awaited French Language University in the Greater Toronto area.

The decision prompted an immediate and growing reaction from the Unitarian, the new federal government and Quebec's leader, Francois Lego, who repeatedly asked Ford to cancel the cuts.

One of Ford's MPP members, Amanda Simard, broke through the stairs to criticize the move, saying she was disappointed and frustrated. Earlier this week, Eastern Ontario MPP left the conservative and progressive to sit independent.

Getting out of Ford's territory means he has lost the only francophone of the 76 computers chosen in June – widening the rift between him and the French community of Ontario, who feel he has shaken their history. 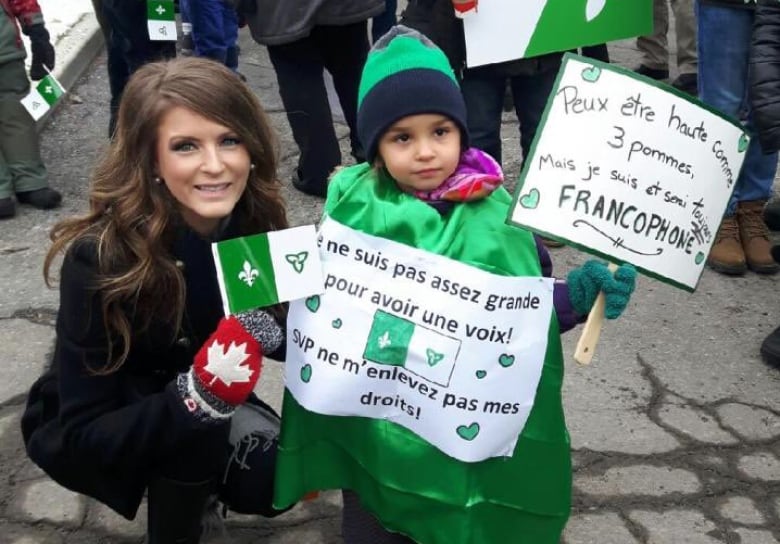 Simard stood among those who gathered on the threshold of her synagogue in Hawksbury, one of the largest communities riding on the Glencary-Prescott-Russell.

"Now I think I can talk more freely." 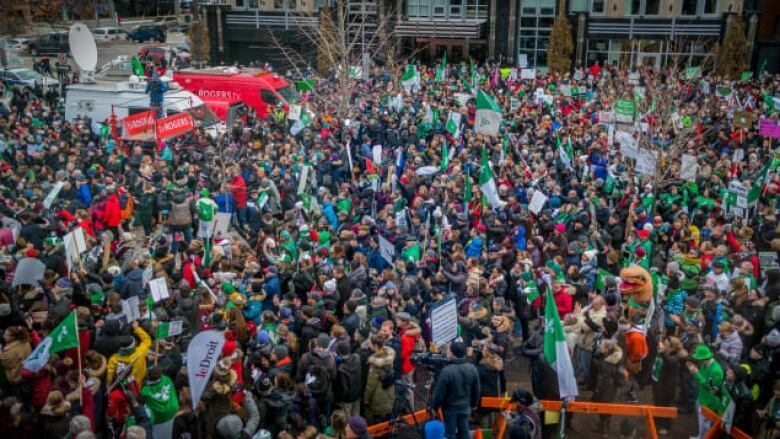 She met the three-year-old Galuriana Gudro-Chef, wearing green and white, the colors of the Ontario Francophone flag with a sign saying, "I may not have been big enough to have a voice, but please do not remove my rights."

The Ontario Francophone Society estimated that more than 13,500 people took part in the day of action – many of them in Toronto, Ottawa and northern Ontario, such as Sudbury and North Bay.

"This is the first time in history that Franco-ontarians have enlisted in every corner of the province," says Gilles Laverser, professor of business at the University of Ottawa.

He read French slogans such as "Franco strong" and "we", with some 1,500 people at the Ottawa Human Rights Monument, where French speakers gathered on Saturday. 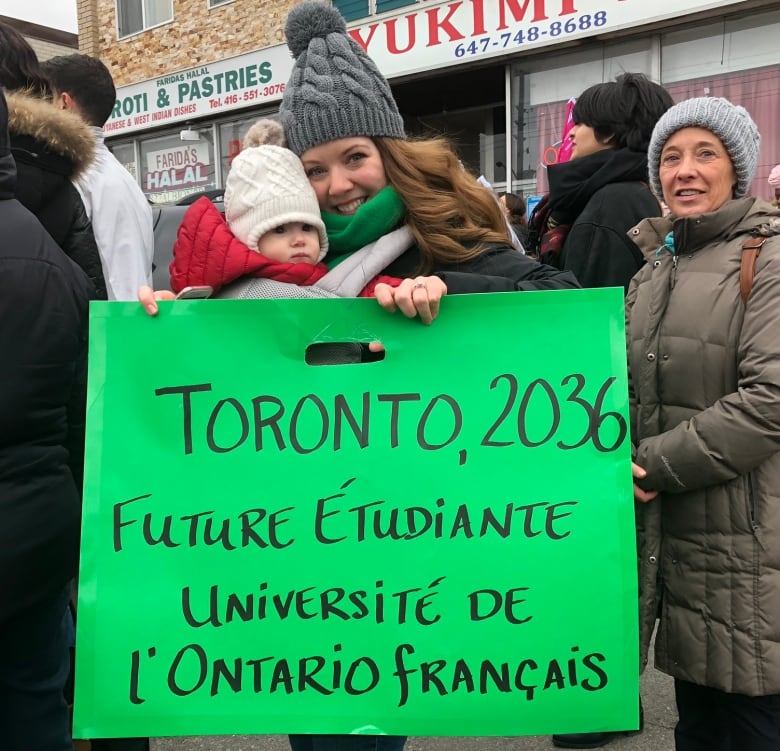 Miriam Trevolt, a Francophone who moved to Ontario four years ago, says it is important for her daughter to have access to French education. (Rozenn Nicolle / Radio Canada)

Politicians from all three levels of government were present at the Ottawa rally, including Federal Heritage Minister Melanie Jolie, who called the event a "historic moment" in the history of the province.

"When our governments want to touch our linguistic rights, they should not weaken but strengthen them," she said to the audience, which erupted with resounding enthusiasm.

More than 600 demonstrators also carried banners with messages, such as "Honor Franco" and "Franco-Ontarans are not only a minority," while hearing their voices in Sudbury and North Bay.

The Ford government cuts sent shock waves through other French-speaking communities across Canada.

In districts like Manitoba, Saskatchewan and New Brunswick, communities have raised concerns about what move references to francophone minorities. 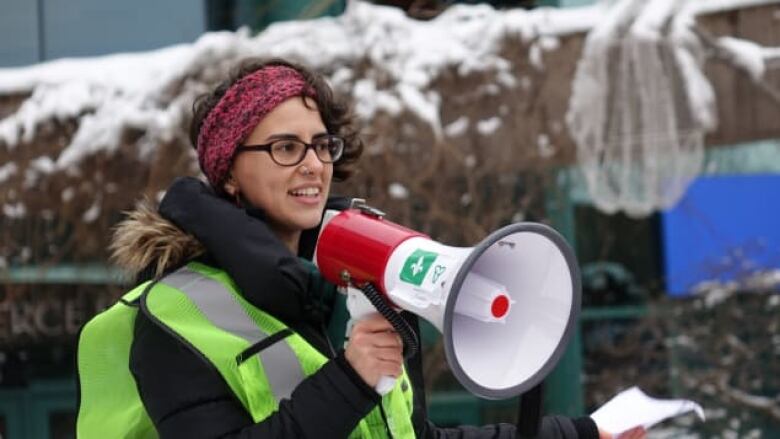 Navev Laur was among the Macedonians who reacted to the call of Franco-Ontars on Saturday. (Ann Phillip Hughes / Radio Canada)

As a result, joint rallies were also held in Berg, St. Boniface, Mann, and Moncton,

"When I found out about the cuts in Ontario, it was really devastating," said Geneve Latour, who organized the rally of 100 people in Moncton.

She added: "When I saw the momentum of solidarity here in Moncton and Acadia, it really gives me hope."

Pierre Went was one of dozens of people who traveled about 100 kilometers west of Montreal to Lexbury to stand with Simpard in solidarity with the Francophones of Ontario, pointing to the importance of protecting the French identity of the province as a cornerstone of Canadian history.

"We believe in Canada that we must protect both languages," he said.

According to the last census, French is the mother tongue of more than half a million people in Ontario. 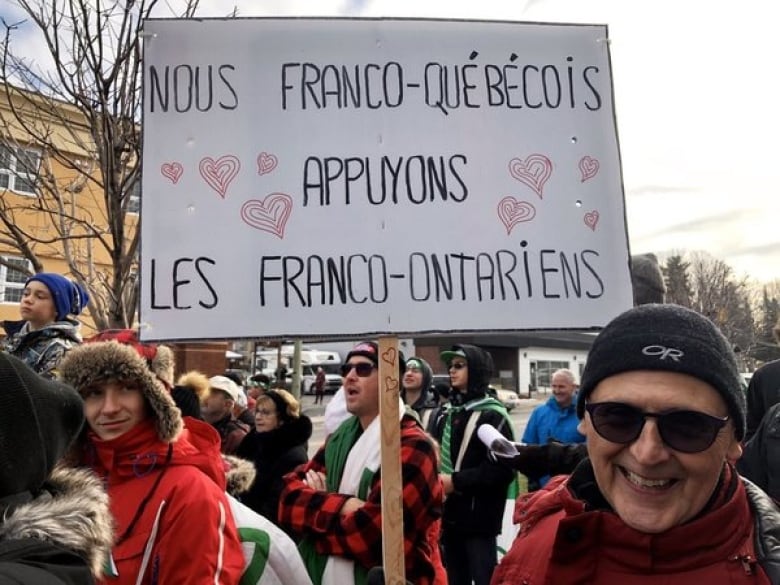 A number of Francophones of Quebec crossed provincial borders and took part in a demonstration in Hawksbury. Pierre Vanette, on the right, was among them. (Yasmin Mahdi / Radio Canada)

Meanwhile, hundreds of other people overcame the cold weather and gathered outside Caroline Molroney's voters' office in Bradford. The York-Simco MPP was named as the Francophone Minister on November 22, after PC members retreated on some cuts affecting Ontario's francophones.

Molroni, who is also the district attorney, promised to continue supporting the independent French university, but noted that the district's fiscal reality is preventing computers from funding it at the moment.

The spokesman for Prime Minister Simon Paris defended the government's decision, saying that the computers recognize the "significant and continuing contribution" of Franco-Unitarian and are committed to taking steps to preserve the French language in the province.

"Kathleen Wynn and the Liberals have left our government with a deficit of $ 15 billion, and we look forward to the day when our county is in a financial position to pursue projects like the French University," Paris said in an e-mail to CBC News. 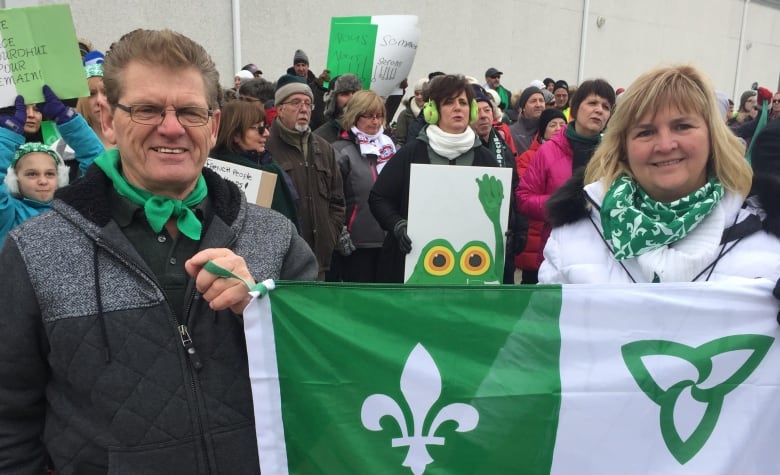