Oystrick steps down as a Humboldt coach 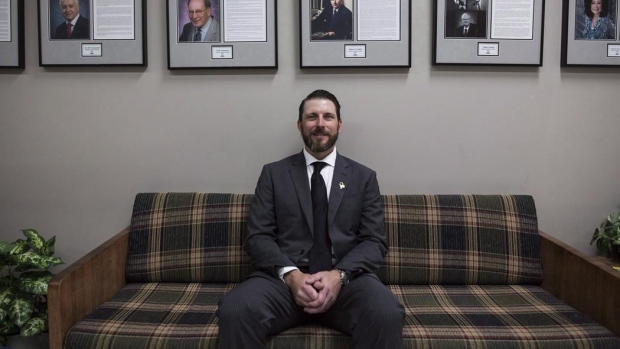 After less than six months at work, Oystrick has got dropped as a coach of Broncos Humboldt.

The former Defenseman NHL made the announcement Friday afternoon on Twitter.

I moved away from Humboldt's Bronco. Despite the extreme pressure and constant pressure of working with the organization, I gave them everything I could, and I am proud of their performance, and mine, this season.
I will make a correct statement soon.

"I got away from Humboldt's Bronco," wrote Oysterk. "Despite the extreme pressure and the constant pressure of working with the organization, I gave them all I could take pride in their performance, and in my season, I will soon publish a correct statement."

Oysteric, 36, was hired by the Broncos on July 3. He succeeded Darcy Hogan, who was one of 16 people killed in the tragic bus accident on April 6.

Through 37 games, the Broncos are 23-13-2-1 and sit in second place in the Junior Saskatchewan Global Hockey Ag Division of Risk Solutions.

Born in Regina, Oystrick appeared in 65 NHL games over three seasons with the Atlanta Thrashers, Anaheim Ducks and St. Louis Blues. He finished his professional career after the 2015-16 season with Elmira Jacks of ECHL and served as assistant with Atlanta gladiators before taking the reins of Broncos.