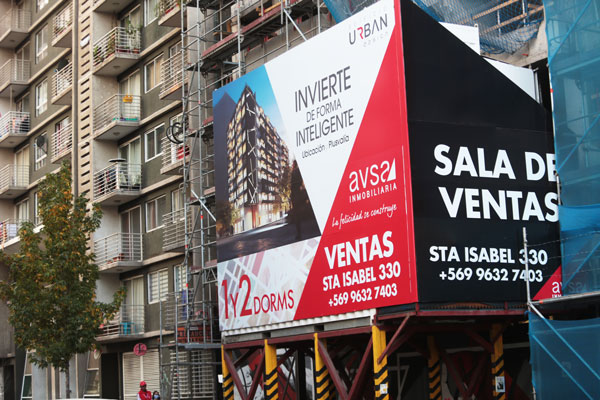 A group of 15 construction companies and five banks will promote workshops with offers and incentives to purchase.

Following the social outbreak and the health crisis the country is going through, the real estate sector saw a sharp decline in its sales, which depend on registration, ranging from 30% to almost 50%. This is in addition to the scenario where available supply continued to grow (see related note).

To deal with both phenomena and restart the sector, a group of 15 real estate companies and five banks are organizing an unprecedented three-day sale event.

Name? “3 Days Happy Buy”, which will have units available in 43 projects in communes such as Las Condes, Vitacura, Lou Brancia, Providence, Ñuñoa, Peninolan, Santiago Centro and Recoleta, as well as Vienna del Mar, Concon and Papu. Apartment prices will range from 2,000 to 15,000 UF.

All offers are for homes that will be transferred during 2021, in order to take advantage of the current interest rate on mortgage loans – 2.39% on average during December 2020 – which will fall further during the event.

Participating real estate companies include Actual, Activa, Crillon, Deisa, Fortaleza, Santafé, Santolaya and Siena. While on the financial side are Banco Estado, Scotiabank, Banco de Chile, Itao and the Director of Defense.

This initiative recreates what it experienced in 2009, in the midst of the subprime crisis, in which the same event was held and in total more than 4.5 million UFs were sold, with 2,000 closed businesses and promises.

“In 2009 I and a group of real estate companies and some banks came up with the idea to give the retail angle to the sector and put together this event, this is the same group that we are doing it now.” Initiative spokesman Enrique Garcia remarks.

In contrast to that period, mortgage rates are now at much more attractive levels, as in January 2009 they stood at 5.92%, more than double today.

Between the hooks it will be possible to give free travel and operating expenses (notary, degree studies, appraisals, etc.) of up to $ 1.5 million and a refund of up to three dividends (with a quota).

On the banks banks will have up to six months of grace to pay off the first installment of the loan.

Garcia explains that the campaign is “more than a proposal for big discounts, a value proposition for people to be happy to buy their home in all aspects.”

The portal where the offers will be available will open this coming Friday the 22nd, so people can start all the procedures, including the pre-approval process of credit points – which is expected to be done within an estimated time of 24 to 72 hours – until during the 29, 30 and 31 Make purchases on the same site. After the weekend, the benefits will be extended by 15 days.