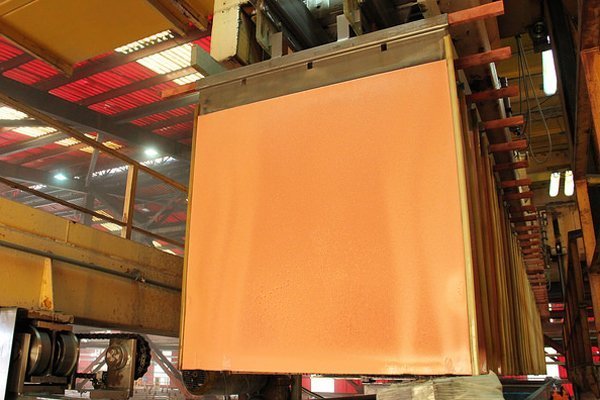 Historic, magnificent, unforgettable. There is no precedent to describe the moment of copper. Finally The metal crossed the $ 4.6 barrier per pound and reached its highest value since records exist, And by the way give good news to a Chilean economy in need of positive catalysts.

All in addition, in the middle of a congressional debate on higher taxes on mining companies, which has put pressure on prices in recent days as well.

In the early morning hours, in the Chicago market, the metal futures foresaw the historic fact with the three-month contracts that crossed the mythological barrier, and by and large. According to Bloomberg, the metal is trading at $ 4.71, which is a 2.51% jump.

The landmark was also recorded at the Metal Exchange in London. In the English capital, Chile’s main export product reached $ 4.7 per pound after a 3.35% jump.

The route to El Dorado

Cooper’s path to reaching these levels began a little over a year ago, when the goods Dropped from $ 2.10 per pound after the catastrophic effects in the closing measures markets And closing economies in order to try to prevent the epidemic from progressing.

With China – the main consumer of raw materials – paralyzed almost in the first quarter of 2020, copper fell to the bottom, but when the Asian giant returned to normal (much faster than the rest) Demand began to rise rapidly.

In addition to the Chinese resorting to purchasing copper, the market Began to digest that supply would not be sufficient to meet demand That it grew as the other economies began to lack refinement.

But will a lot of copper be required? Here comes the second big part of the story. Because some look beyond the epidemic, they catch some trends before the virus arrives. For example: climate change. The world seeks to move to less polluting energy and this type of technology consumes much more copper than traditional one. The same is true with electric cars that are gaining strength in the global market.

In fact, a recent report by the International Energy Agency promised that in order to comply with the Paris Agreements, the demand for minerals like copper would double by 2040.

There were quite a few investment banks that dared to significantly improve the chances of the metal. Goldman Sachs should be one of the most remembered when he pointed out that copper would be the new oil given the importance it has in changing energy, and calculated a price of US $ 6.8 per pound for 2025.

In recent days the raw materials have recorded a strong jump. And that’s after a few holidays China returned to the arena by intensifying purchases.

But there are also local factors that help the price of metal. On the one hand, the discussion of mining royalties, which would assimilate higher production costs, was perceived by the market as a stepping stone to carrying out new projects, so that supply would be more pressured to meet the strong expected demand. .

“This, at the very least, will delay any new capability, and extend the length of time it takes to build a new mine,” said Grant Sferer, an analyst at Intelligence Bloomberg. “Chile’s production could start to drop to 5 million tonnes.”

On the other hand, Kochilko’s director of studies and public policy, Jorge Kantalopetz, notes that The danger of supply as a result of sanitary restrictions in manufacturing countries such as Peru and Chile “This has created a scenario of short-term mineral shortages, both in concentrates and in refined products.” In addition, he adds, the devaluation of the dollar in recent weeks has raised the value of commodities and caused some investors to enter this market.