Is the US heading for a new economic recession? The recessions are unpleasant. They tend to involve large job losses, delayed income and common suffering. And when this recession happens in the world's largest economy, it's a big headache for your business partners.

Investors are increasingly concerned that the US recession is brewing.

Of course, they, like economists, can make a mistake.

but Is there an accurate way to predict a recession?

Analysis of US government bond markets can be one of the most accurate ways. 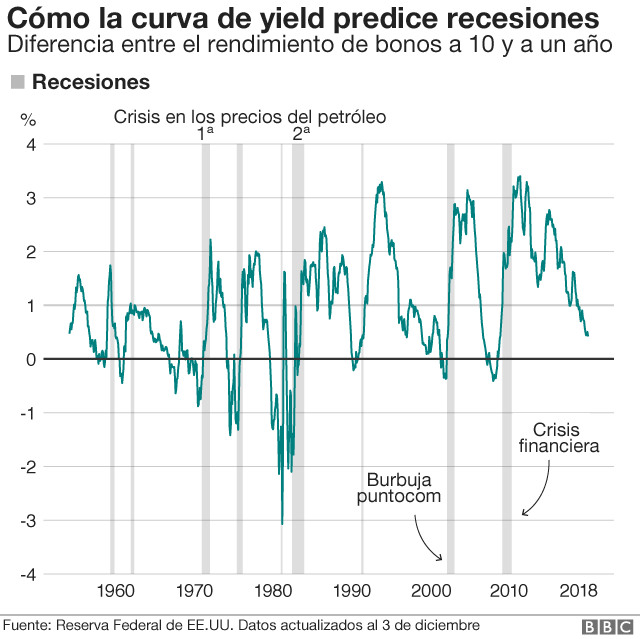 A study by the US Federal Reserve showed this The bond markets predicted the five recession experienced by the US. Since 1955

These bonds, called US government bonds, Are issued as a form of government loan to finance expenses.

They come with different maturities and offer investors a rate of return, which is paid in fixed installments.

This rate is a fixed rate from the final value of the bond.As bonds can be negotiated freely, their prices vary.

If the demand is high, the price increase and the rate of return of the bonds relative to the market price, or Your yield (yield), Declines.

On the contrary, a lower price means an increase in performance.

What affects the bond price?

Its attractiveness compared to other investments (If the return is high, therefore, the price is low, buyers are likely to continue) and expectations of future movements of interest rates.

What does this have to do with the recession?

Analysts control bond yields over the redemption period, up to 30 years, in order to draw Yield curve.

The lower the yield, the lower the expected interest rate, and as a result the economy is expected to be worse.

Long-term bonds may have a high yield in any case, to compensate the holders of these securities for inflation and for a longer period of holding. 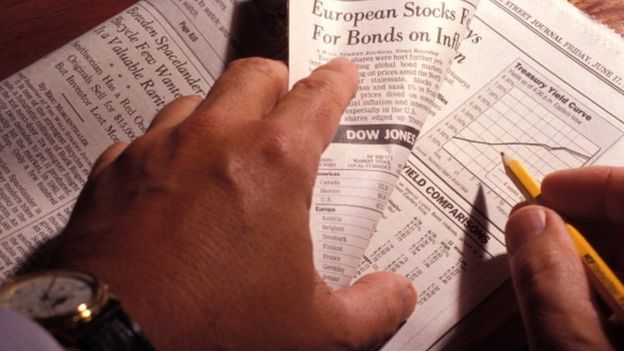 The yield curve is a reliable indication that the recession is looming.

In general, when the forecast is that the activity will expand at a healthy pace, the yield curve will rise upwards, suggesting interest rates are on the rise.

But if the yield curve is "reversed", Which usually means that the yield on 10-year bonds is lower than that of 2-year bonds, It This serves as a warning about economic health.

But how good are these curves to predict a recession?

Bond markets were a reliable sign of anticipation for all the recession that the United States has undergone since 1955.

But in the mid-1960s, the yield curve of bonds fell due to the slowdown in activity rather than a complete contraction.

So it's not inevitable, but it's probably the most reliable index that exists.

what The yield curve does not tell us when the US economy can transform itself.

Over the past 60 years, more or less, a recession began between 9 and 24 months after the turnaround of the yield curve.

Currently, the unemployment rate is 3.7% moderate, while the economy continues to grow rapidly.

but A turning point can not be far off.

In addition, the forecasts extracted from the yield curve can be fulfilled.

Just as consumers respond to warnings about tough times by controlling spending, banks tend to be more cautious with loans when they realize that the yield curve is reversed.

The accumulation of less credit in the form of mortgages, car financing, credit cards or corporate loans means less expenses to boost growth.

The warning of bond markets should be taken seriously, and not just in the markets.

The adviser Capital Capital warns There is a 30% chance that the US will enter a recession within 18 months: Just in time for the next period for the next presidential elections.