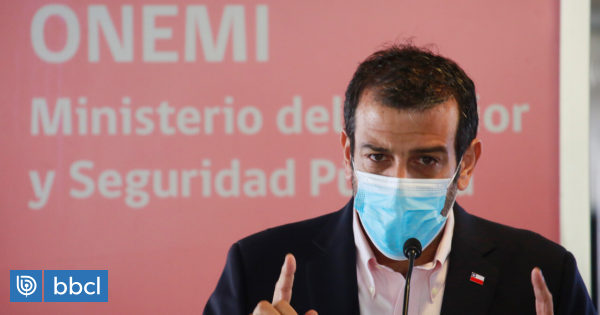 The national director of the National Emergency Bureau (UNI), Ricardo Toro, explained that it was a code duplication error that caused the massive tsunami alarm to be sent after the earthquake that struck Antarctica this Saturday.

In other words, it was the system provided by Globalsystem Two locations with the same code: Alto Hospice, in the Tarapaka area, and Antarctica.

Therefore, when the operator selects this last territory in its interface to send the alert, The system also included Alto Hospice because it has the same code, and by the way includes all the areas in between.

Thus, he ruled that this was a mistake by the SAE system operator, and assured that the two towns now have different codes to solve the problem.

For this reason he announced that another report had been requested from the company requesting the action plan for a final solution, while correcting the codes and that A functional test was requested over the next 24 hours by sending a message to both locations.

A technical-legal audit of the government will also be carried out to determine the liability under the contract and the fines that this will entail.

The said contract, he noted, will expire in June this year, so “alternatives to streamlining the system” will be examined. However, he stressed that this platform has been used successfully on more than 50 occasions for 7 years.