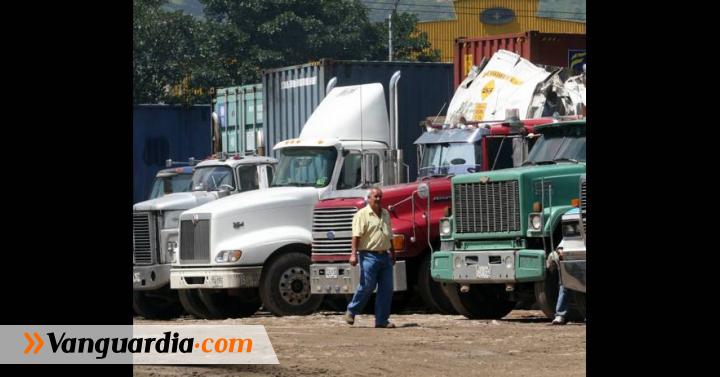 With 68 votes in favor, seven against one and one, Trucks of the Association of Truck Drivers said yes to a "new national strike" from 00:00 hours on Friday 23 November across the country.

According to industry leaders, there is no political will on the part of the government to discuss issues such as high fuel costs, tolls, transport, among others.

According to the director of the Association of Cargo Movers, ATC, Felipe Muñoz Monroy, although this is the worst moment for the shutdown of the movers, the bases are ready to turn off the engines after he noticed that the government pushed them to take that decision.

"There are solutions that are not in need of money, but also for political will and not progress," said Felipe Muñoz Monroy, ATC leader.

According to him, neither the Ministry nor the Ports and Transportation Control Department are taking steps to find solutions for the sector.

"We are in such a difficult situation and they are going up to fuel and roadblocks, and it seems that the ministerial councils do not talk to one another and do not understand the socio-economic situation of the transportation industry," the leader said.

The carriers also require better working conditions, because the second reason for death is road accidents due to exhaustion of drivers, who are subjected to long hours of waiting to load and unload goods in inappropriate places.

Under these conditions, Monroy asked the national government to exhaust all cases to prevent the closure of the transporters that would have very serious consequences for the economy of the country.