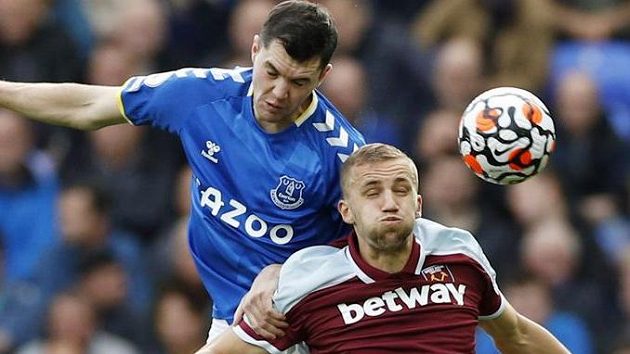 The program on Sunday of the 8th round of the English Premier League offers a duel between Everton and West Ham United. If the Hammers had taken at least one point, they would have followed the 2009 record in a series of away games. Tomáš Souček was the first to reach the corner kick, but his header was blocked by the keeper. Watch the game on Sport.cz starting at 15:00 online.

Home Everton have entered very well into the new year of the English top competition. The sixth team in the table holds a balance of four wins and only one loss. Although they host strong hammers at home, their mutual balance clearly speaks in favor of the home team. Everton managed to beat West Ham on 27 occasions and scored a total of 87 goals.

The London team has not been particularly successful lately. He has suffered two losses in the last three rounds. However, the balance of away games is still positive. If the Hammers had not lost, they would have equaled the record from 2009, then managed to score in seven consecutive away games.

This game is of special importance to the West Ham coach. As a coach, David Moyes spent 11 beautiful years in the years 2002-2013 on the Everton bench. This was his first contract in the Premier League.