Three-quarters of the 60-year-olds are in poor condition 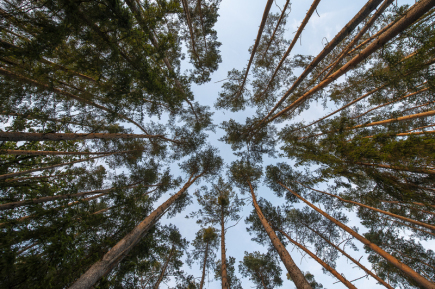 Prague – In the Czech forests, 74 percent of coniferous stands and 39 percent of deciduous trees over the age of 60 are in poor condition due to the burden of forest ecosystems in recent decades. This follows the environmental report for 2017, which will be discussed by the government on Tuesday. Many of these stalls also have inappropriate composition and species. The rating is defined by the degree of defoliation, the relative loss of assimilation on the crown of the tree. The Czech Republic ranks among the countries with the highest level of decomposition in Europe.

Young people up to 59 years of age show much less damage – 26 percent of conifers and 24.7 percent of deciduous trees. According to CENIA, the reason for this is that they have more vitality and ability to withstand negative conditions. The area of ​​the young positions should be 18 percent, last year between 14.8 percent and 16.6 percent.

According to the report, last year, conifers were almost 72 percent of the forest area, according to the recommended composition should be 64.4 percent.Al fir occupied half of the forest area, 16% pine, less than four larch, And fir only one percent.Beach trees (eight percent) and oak trees (seven percent) dominated the deciduous trees.However, the share of deciduous trees grew between 22 and 27 percent between 2000 and 2017.

Last year, an area of ​​244.46 square kilometers, a natural rehabilitation of less than one-fifth of forested land, was established, averaging 18 million cubic meters without shell, while total mining was 19.4 million cubic meters. A higher rate of mining than growth occurred for the third time since 2000, which was due to the processing of wood beetle bark.