Media: President Nissan will be arrested to reduce his payroll data 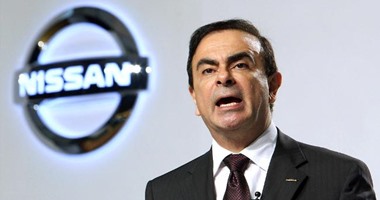 Nissan Motors chairman Carlos Gusen has been questioned by prosecutors in Tokyo and will be arrested on suspicion of reducing his salary data.

Asahi newspaper reported on its website that prosecutors have begun to check the offices of headquarters Nissan and other sites today.

Gusen, who meets the positions of Chairman and CEO of French Renault, will be arrested, reported NHK and Kyodo.

The Renault spokesman and the Renault-Nissan-Mitsubishi alliance have yet to respond to the calls and messages for comments.

Nissan Motor Manufacturing said today that Ghosn has used the company's funds for personal purposes and has been investigating possible inappropriate methods by Gusen and company manager Greg Kelly for several months.

Nissan also said its board of directors would propose Gusen's immediate removal from the post of chairman.

Renault's shares fell sharply in Paris, down 5.5% at the start of trading, among the worst stocks in Europe. Ghosn is a rare foreign manager in Japan, and is selling to be the last Nissan change after it almost went bankrupt.

Ghosn, a native of Lebanon, of French descent, began his career in Michelin, France, and then moved to Reno. Gosn joined Nissan in 1999 after acquiring control of the company, which became its CEO in 2001. Gusen remained in this position until last year.