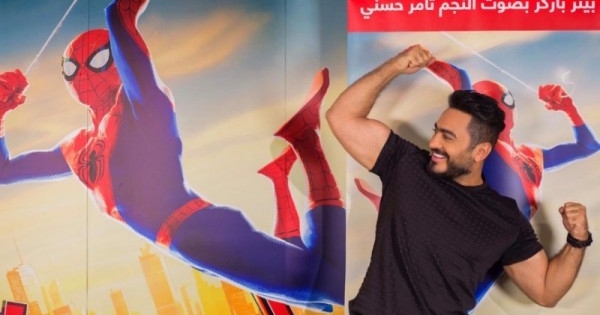 After the announcement of the participation of Egyptian artist Tamar Husni in the film "The World Anthem" Spider-Man Fares, a series of famous films Spider-Man Peter Parker.

He will be confronted by the director and the Emirati actor Abdallah Al-Ghunbi, who plays the role of King Ben, the criminal mind behind the dramatic events in the city.

Also participating in the film are representatives from most of the Arab countries, such as Muhammad Hani and Hisham Al-Shazli of Egypt and Tala Turkan of Syria.

"When I stood in front of the microphone, I felt close to my character and added some of my personality and spirit, and some of the touches that impressed the director, who thought I was taking the character to" close to people. "He added," The film itself is beautiful and has a purpose – children and adults – "How to be a leader around you and fulfill their dreams." The second removes the flag from generation to generation, with all the love.

"The whole story is easy, because it gives you more space than creativity, and for me the experience was Convenient and easy. "

"King Bain's character is the criminal mind of the dramatic events of the city and has a long history of evil from suspicious transactions and acts of violence backed by a passion that can not surrender," said King Abdullah bin Nibe. Spider-Man and his friends in the film are parties discovered by interesting events

The director of the film, Rani Al-Hatab, said: "Spider-Vader," in which seven Spiderman figures from the parallel worlds, led by Peter Parker, will meet Tamar Husni to fight the evil forces of King Ben, the director and the Emiri actor Abdullah Al-Ghanibi. The challenge of life, not just the heroism of the tournament, anyone who can be a hero if he has the will and will is not masks .. but the spirit of adventure that is inside and waiting to launch.

The film will be released worldwide and the Arab world on December 13, directed by Rani al-Khatib, a joint production between Columbia, Sony, Ampere and Disney, and the performance of Marvell's characters. 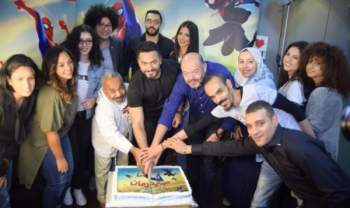 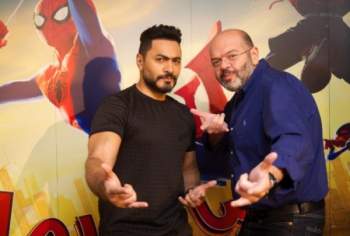 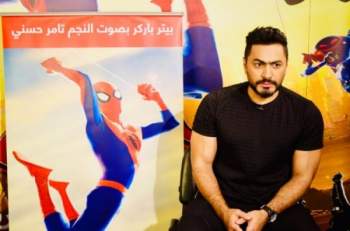