Today, Al-Sheikh celebrates the national day with the opening of two youth centers and two schools 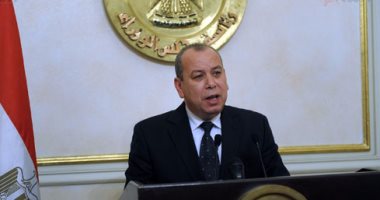 Majed Farid Mustafa, head of the National Security Council, is meeting today in Al-Barlous, in the presence of Dr. Ismail Taha, Governor of Al-Sheikh village.

Dr. Ismail Abd al-Hamid Taha, governor of Al-Sheikh village, congratulated the children of the governorate on the 62 th of Yom Kippur of Al-Sheikh district, corresponding to November 4, in the city of victories "The Tower of Borollos "On Wednesday, November 14, 2018. The Battle of Albrus Marine On November 4, a memorial ceremony will be held in the city of Burg Borolos, soldiers, naval forces, marine music and a bouquet of flowers will line up..

Al-Sheikh celebrates its national day on November 4 each year, but the governor celebrated it on November 14 to complete several schools and projects to open it.