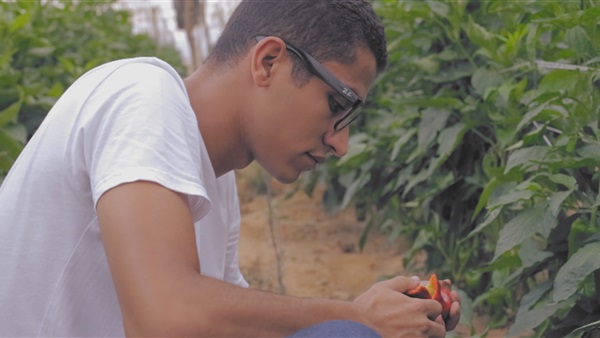 Amir Al-Shannawi, the official announcement of his first documentary film "Kilo 64" on the official page of Facebook, was presented to the Arab Film Competition at the Cairo Film Festival at its 40th session on November 24, 2018 at 15:30, And the return on November 25, 2018 at 9:30 at the Cinema Karim 1.

The 64-year-old Egyptian documentary, directed by Amir Al-Shannawi, competes in the Arab Film Competition to be the only documentary to compete in this competition at the 40th International Film Festival in Cairo (November 20-29).

The 64-year-old film revolves around a young pharmacist motivated by his desire to move away from his field of study and move to cultivating the desert, influenced by the spirit of the January Revolution.