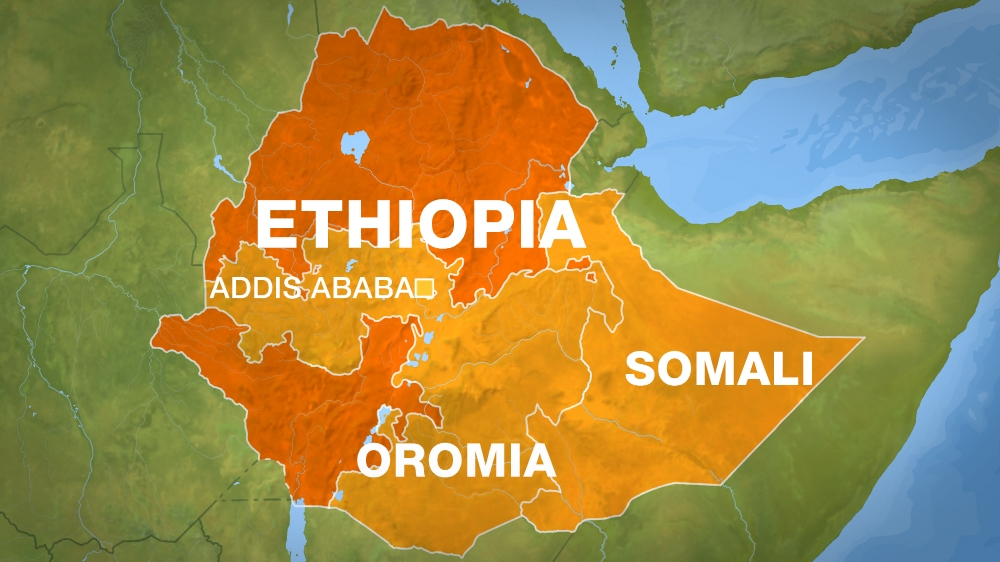 Ethiopian police uncovered a mass grave with some 200 bodies in the area between Urumia and Somalia, according to state-affiliated media.

Fana Broadcasting Corporation said Thursday that the grave was found during an investigation into alleged atrocities committed by a military force called the Liu Police, who appeared to be loyal to the former president of the Somali region, Mohammed Omar.

Edby was forced to resign on August 6 and was arrested later after the outbreak of fighting in the provincial capital, Jigjiga, and the surrounding cities. He is currently under arrest before a trial for alleged human rights violations.

According to Fana, the police were granted 14 days to reveal and make legal checks on the bodies.

"If these mass graves prove that they are linked to a systematic attack on the local population, we are certainly looking at a case of war crimes and crimes against humanity," said Ol All, a lecturer at the University of Kiel Law School and an expert on Ethiopia, Al Jazeera said.

"The man in the middle of this theater can not really wash his hands."

The eastern region was marked by violence for decades when the government fought the national liberation front of Ogden, before the two sides signed a peace deal last month.

July, Human Rights Watch's human rights group,HRW) Claimed that my servant was the director of a suspected prison, in which they were suspected of torture.

In a letter to the commissioner of the African Commission on Human and Peoples' Rights, HRW said it documented cases of abuse, rape and humiliation Jigjiga central prison that directly involved police Liyu.

Evel said that the unofficial militia "was directly responsible and loyal to him (Abdi) long before he became president – after entering the president, he had total control."

In August, Ethiopian sources reported that Liu police carried out an attack in which 41 people were killed and 20 injured.

When ethnic Somalis and Urmus clashed in border areas over land claims and resources in the preceding months,Hundreds more people were killed.

Since taking office in April, Prime Minister Avi Amed has been responsible for a number of reforms and has striven for a reconciliation strategy that has guided the country from a rigid security policy for decades.

But my father's moves have not yet stopped the violence of ethnic motives, as the greatest challenge of the new prime minister.

However, Evel noted that the appointment of Mustafa Omar, a human rights activist living in exile, as acting president of the Somali region was a step in the right direction.

"At the center, the federal government is taking some extreme steps in terms of transforming the political landscape, but it is important that an account of human rights victims is also part of this change."

Source:
Al-Jazeera and the news agencies