The committee will assess the fiscal margins of Greece 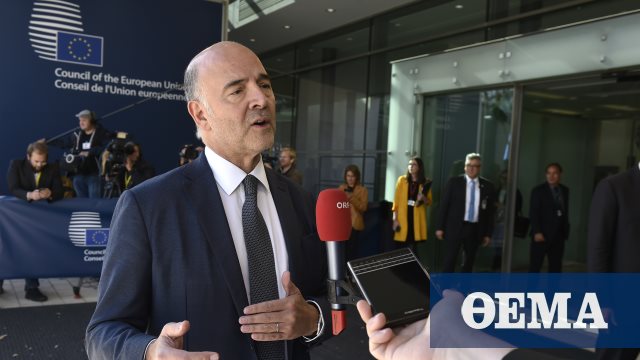 The committee will examine whether Greece can implement the provisions of the draft budget for 2019, as determined by the Commissioner of Economics, Pierre Moscovici He said today, came in Euro.

Noting that Greece will not be discussed today in EuroGroup, Moscovis stressed that Greece is not participating for the first time in the European semester. As he said, the committee will assess the existing financial margins and the Greek government will have to convince its partners to adopt the measures expected in the Greek budget for 2019.

He recalled that on November 8 the Commission will publish its forecasts budget deficit, debt and economic development of EU countries on 21 November she will present her "opinion" on the draft budgets of eurozone countries, including, for the first time, Greece.

Moreover, for Italy, which is the first item on the agenda of the current Eurogroup, Commissioner P. Moscovis expressed hope that the Italian government will respond, on November 13, at the request of the Committee to change its budget. Moscovis stressed that the European Commission will continue in the same spirit of dialogue to discuss with the Italian government on this issue and added that it is in constant contact with the Minister of Finance, Banriya, who is expected today to explain to its finance minister the Eurozone, how Italy Intends to comment on the committee in the coming days.

According to Mr. Moskovis, the Italian budget, if not revised, raises the burden of debt on the backs of Italian citizens. At the same time, he said that instead of reducing the structural deficit by 0.6 percent of GDP, the Italian government expects a rise of 0.8 percent, and concluded that the committee has the democratic legitimacy to intervene on the basis of the treaties and rules to be respected, The euro agree with the Commission that the Italian debt, which comes to 132% of the GDP of the country, should be reduced.