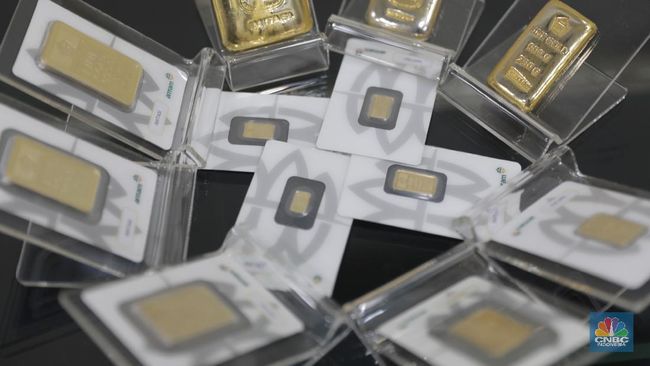 Jakarta, CNBC Indonesia – Recently, a state-owned company producing gold, nickel, PT Aneka Tambang Tbk (ANTM), was sued by one of its customers, Budi Said in Surabaya and was required to pay a loss of IDR 817.4 billion or equivalent to 1.1. Tons of gold (1,136 kilograms of gold) for Body Said.

It turns out that this is not the first event. Antem was also sued by Robin Sukhoi and Troy Rianto in the Surabaya District Court. The two plaintiffs were represented by attorney Lisa Rahmat.

Based on the Surveillance Case Information System (SIPP) of the Surabaya District Court, this lawsuit listed case number 951 / Pdt.G / 2020 / PN Sby on October 2, 2020. The trial is still ongoing and the next agenda will be held on January 26, 2021.

In the petition, the defendants were required to pay in cash worth Rs 1.42 billion and gold bars of 25.22 kg or equivalent to Rs 24.13 billion.

In addition, the company was also sued for confiscation of collateral (Conservatoir Beslag) in the form of gold ingots weighing 25.22 kg and land and construction assets owned by individual defendants.

Defendants are also required to pay dwangsom money to two plaintiffs worth Rs 5 crore each day if they are negligent in fulfilling their judgment since Quo’s judgment is set at trial until the plaintiff completes the judgment in the full Quo case.