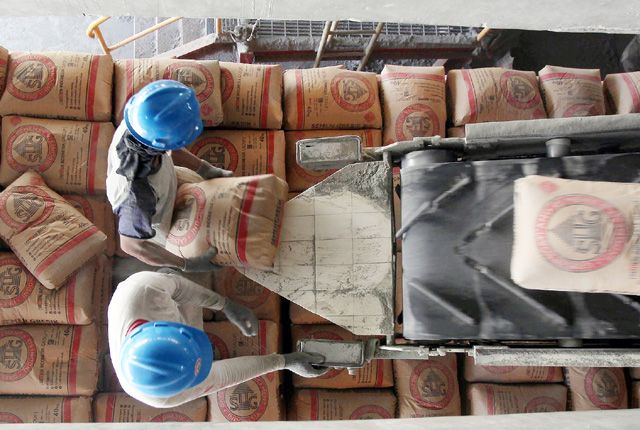 Handy explained, in an increasingly competitive situation of the national cement industry, the combination of Semen Indonesia and Holcim Indonesia was making leg foot bigger and stronger. Because, Holcim Indonesia is currently the third largest cement company in Indonesia, has 4 cement plants with a capacity of 14.8 million tons per year and 30 ready mix facilities.

"Our move to acquire dilapidated shares will continue to make local cement (BUMN) a market leader," he explained.

Meanwhile, PT Semen Secretary Indonesia Agung Wiharto added, the decision to acquire Holcim's stock was to strengthen Semen Indonesia market throughout Indonesia. So we ourselves strengthen the position of state-owned cement with a capacity of 53 million tons of cement per year.

"With Holcim, we now have factories in West Java, Central Java, Cilacap and E. In addition, it is also a tangible manifestation of SOE's contribution to increasing the resilience of the national cement industry which will support In sustainable development in the country.

Separately, CEO Lafarge Holcim Jan Jenisch said in a press release that his party had decided to cut off Holcim Indonesia stock as part of an effort to review all portfolios.

"This is part of the 2022 strategy, namely building for growth, and today's announcement is an important milestone in achieving our goals and increasing our financial strength. The results of this transaction will significantly increase our debt ratio with twice the target net debt to EBITDA. said. (Fir / nur)