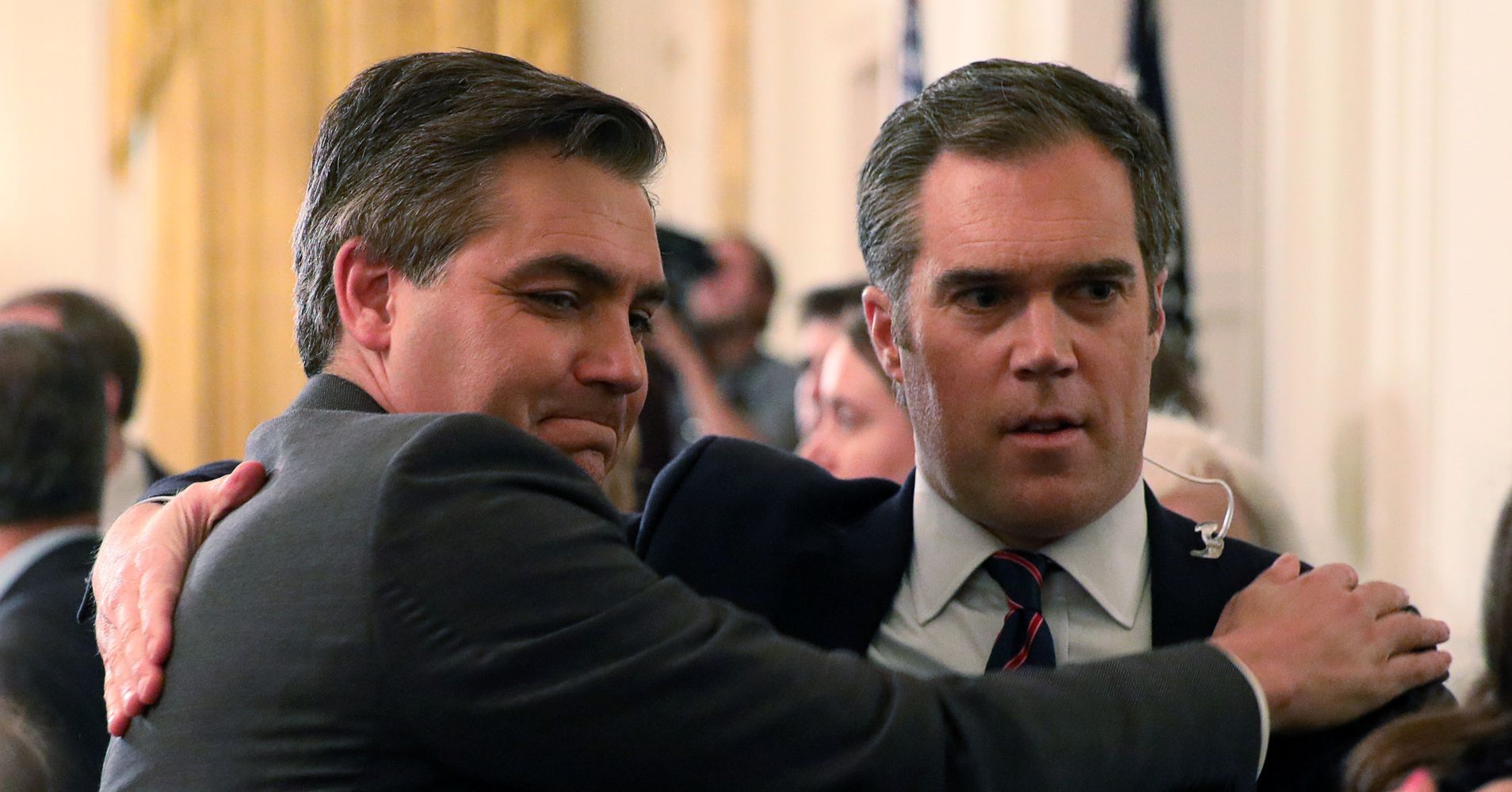 Correspondent journalists and press members at the White House came to the immediate defense of CNN's Acosta on Wednesday after the Trump administration revoked its press credentials.

Acosta was involved in an exchange of fire with President Donald Trump during a long press conference after the White House election last Wednesday. After asking the President repeated questions, he stirred heated enthusiasm, one step of the interns trying to take a microphone from the CNN reporters as he passed to avoid it. Within a few hours, Acosta said that the Secret Service denied him entry into the White House and press secretary Sarah Huckabee Sanders claimed that the reporter put his hands on the young woman.

President Trump believes in free press and expects and welcomes difficult questions about him and his appointment. We, however, never tolerate a journalist putting his hands on a young woman just trying to do her job as an intern at the White House …

This account provoked a rude cry from many political journalists.

The White House Correspondents Association, a coalition of reporters covering the executive branch, was released Her strong objections to the move, Calls the decision "out of line" and "unacceptable".

"Journalists can use a variety of approaches to carry out their work and the WHCA does not police the tone or frequency of questions its members ask of powerful senior government officials, including the president," the group wrote. "Such interactions, however inconvenient they may be, may help define the power of our national institutions."

The group demanded that the White House "immediately reverse the weak and misleading action," and encouraged the public to watch a video of Acosta's interaction with the intern.

Peter Baker, the White House correspondent for The New York Times, said the move was a "very bad sign" and something he "has never seen since I started covering the White House in 1996."

If it's a White House decision that does not like the coverage, this is the first time I remember this happening to any reporter since I started covering the White House more than 22 years ago. A very bad sign. https://t.co/VNPDua0dZn

"Other presidents were not afraid of a difficult debriefing," Baker wrote on Twitter, noting that Trump had purposely called for Acosta to be released. "If he really thought [Jim] It was unfair then Why did he call him?? Because he wants the confrontation. "

Reuters White House correspondent Jens Mason, who said he was sitting next to Acosta, said he did not see his colleague "putting his hands" on the young intern.

Others called the move "casually, "Said it simply"Did not happen"Or noted that the administration was probably trying to produce a"A new controversy For the base "after the midterm elections.

The WH now denies @ Acosta Access to the WH compound does its job. It's very connected. https://t.co/lnZICQIGim

They need a new controversy for the base too. https://t.co/RIwa7H1Sqh

The interest in the White House is, over and over, they choose to lie to justify stupid and foolish decisions, knowing that the press will get angry at the lie and the base will believe or not care about all.

The first part is questionable, the second part did not happen. https://t.co/t4DSrxuX6W

Even Ben Shapira, a notoriously conservative commentator, defended CNN's paper and wrote to Sanders that "not what happened."

"He could have been arrested simply because he refused to obey any of the ordinary rules of the press room," Shapira wrote. "There is no need to say something that has not happened."

That's not what happened. You could have banned him simply by refusing to obey any of the usual rules of the Press Room. Needless to say, something happened. https://t.co/p9hgtVE8eZ

Other reporters have noted that although, as of BBC's John Sopel putting it, Acosta may be "Royal pain in the ass"For Trump, he just did his job.

Well it's not complicated. @PressSec Mistakenly presented what had happened here. The White House assistant is aggressively trying to take the mic off @ Acosta And he never puts a hand on her. Truth is still important. https://t.co/MsWwlTGTd2

It's dumb. And disproportionate. @acosta There can be royal pain in the ass – but that's our job. We are not sent to ask easy questions. But can not help feel it is a brilliant object thrown on the media to chase when much more important things happen. https://t.co/tAlcg2FqR1

After watching the video below, it does not appear @ Acosta Was "putting his hands" on this intern, as the White House claims https://t.co/QkSasv3qdl

It's a total lie. The woman took Gim's arm again and again. He never touched her. In fact at some point @ Acosta Politely says to her, "Excuse me, ma'am" when she pulls on his arm. https://t.co/Mfh3Ol5Q46

Despite the criticism, Sanders doubled the decision of the White House late in the evening, and released a video on her Twitter account, which played a moment of the session in a loop, slowed down and approached the pictures.

"We will not tolerate the inappropriate behavior clearly documented in this video," she wrote.

We insist on canceling this difficult passage. We will not tolerate the inappropriate behavior clearly documented in this video. pic.twitter.com/T8X1Ng912y

CNN stood by Acosta, co-interacting the same video "for the world to see" on Twitter.

"This unprecedented decision poses a threat to our democracy and the country deserves more," CNN said in a statement. "The Acosta Sea We have our full support.

Here's a video of the interaction for the world to see: pic.twitter.com/us8u5TWzDz