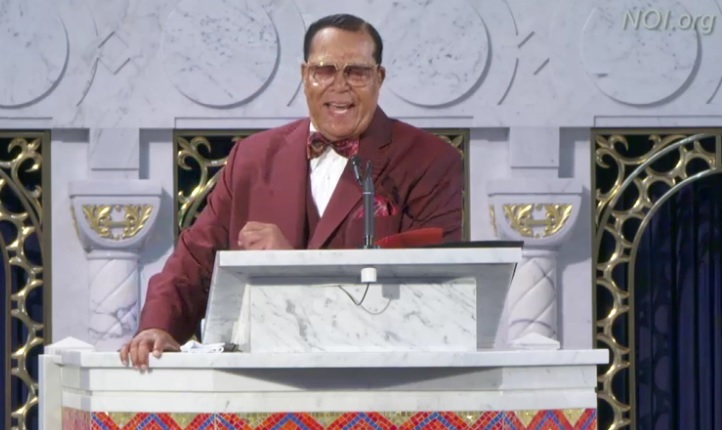 The nation's leader of Islam Lewis Farrakhan addresses an appointment at Maryam Mosque in Chicago on 18 November 2018. (Screen Capture: NOI)

The president of the Islamic nation, Louis Farrakhan, repeated his recent provocative remarks about being "anti-teramitic," indicating that the controversy arose: "I never used the term 'Jew' – and then argued that "Ashkenazim" Jews were heaven at all.

True "hits", he said in an enthusiastic appeal to his followers in Chicago on Sunday, were the Palestinians, whose "Goliath" was stolen by those who "crawled from Europe."

Last month Farrakhan posted a video clip on his Facebook account of a speech in Detroit where he made the comments that sparked a storm.

"To members of the Jewish community who do not like me, thank you for taking my name on earth, because of your fear of what we represent I can go anywhere in the world and they have heard about Farrakhan," he said in that speech.

"I'm not mad at you because you're so stupid," he went on. "So when they talk about Farhan, they call me a hater – you know what they're doing, they call me an anti-Semite.

Farrakhan said how people interpreted his comments – that he called termite Jews – caused some of his followers to stumble.

Although he claimed that he did not compare the Jews to termites, he also said, "If I had said that, you should have said, 'Very true.'" This comment aroused enthusiastic applause.

Then the speech returned to another area, before Farrakhan returned to the subject, and asked to distinguish between "heaven" and those he defined as interests that had passed from Europe to Israel.

"You're not a Palestinian born, you're not," he said. "You were not born there, but if you are, you are the real Semitic people," he said. "But Ashkenazi, a European – has nothing to do with the Holy Land.

"Then in a confrontation, prove to us that you are Semitic!"

"The Palestinians are heavenly people, have been in Palestine for thousands of years," said Farrakhan. "But it crept from Europe, stole the birthright of the Semitic Jews, the Jews and the heavens."