Mayor Myoshi "instead of stealing" Reuters 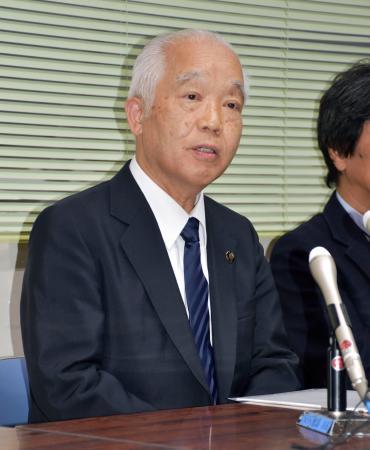 Mayor Myoshi "instead of stealing"

Mayor of Kurokawa Seiichi of Myoshi City in Tokushima Prefecture (71) said in a column published in the city's PR newspaper expression just like Communist Party agency "Red Flag Shinkin" Mayor Mayori said "I think this is a quote" she said it was not plagiarism. We held a temporary interview at the town hall.

The mayor explained that while writing "I read a red flag on my desk." "I was at the head of the trial (the expression of the red flag), and the sentence I wrote was short and therefore I did not write quotations."

The problem became the November issue of "Myoshi City Miyoshi". The phrase "successive scandals of companies involved in industry and construction industry has undermined the basis of production in Japan" was exactly the same one in the red flag on October 21, "tide tide".