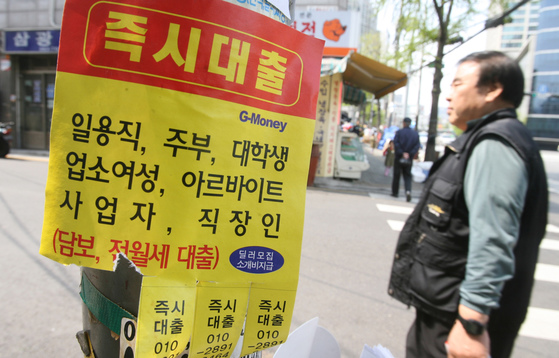 More lenders are managed professionally and supervised by the financial authorities. The range of debt collectors who need to adopt the loan for the standard user protection is also greatly expanded. As the upper limit of the loan commission and the commission rate is lowered, the means of protection for low interest and vulnerable borrowers are further strengthened.

On June 6, the Financial Supervisory Committee (FSC) announced that the amendment to the enforcement order of the Law for the Protection of Insureds and Financial Users (hereinafter – the Loans Law) passed. The amended order enforces the management and supervision of the lenders and the collectors of the money and the lowering of the ceiling of the loan fee of the loan in order to create clear business procedures of the lenders.

The Financial Supervisory Committee (FSC) has decided to expand the Standard for Large Lenders, which will be subject to financial records. The current financial asset registration standard of more than KRW 12 billion will vary to more than 10 KRW size property in the future. The Financial Inspection Service said that it has taken steps to take into account the need for professional supervision on the lending market.

In addition, the Inspectorate of Financial Services decided to expand the number of observers who need education when registering lenders. Currently, only the representative manager and the general manager of the business are trained to register the lender, but more than 10% of the employees of the lenders registered in the financial sector must be educated.

The criteria for purchasing bonds will increase. The Financial Supervisory Service has increased the range of debt collectors to introduce in excess of $ 50 billion in loan protection standards and has won current assets to more than $ 1 billion in future assets. In the future, most collectors will need to meet the criteria to ensure user protection.

The financial requirements of debt collectors are also strengthening. In order to prevent the indiscriminate entry and exit of bond buyers, the Financial Supervisory Committee will raise the minimum capital requirement from KRW 300 million to KRW 500 million in the future.

Loan amount to borrow blindly reduced. The Financial Supervision Service has strengthened the loan standards for elderly and young people with weak repayment ability, which are exempt from income and lenders' insurance. This amount, which is less than 3 million won, will be reduced to less than 1 million won for the elderly (over the age of 70) and the younger generation (under the age of 29).

The Financial Services Commission (FSC) announced on June 6 that it would reduce the brokerage fee ceiling from 5% to 4% by amending the enforcement order of the Financial Registration and Protection Act (hereinafter: "the Large Business Law"). [금융위원회]

The commission ceiling and the amended commission loan are also down from 5% to 4%. The Financial Services Commission made this decision in view of interest rate cuts and the increase in profitability of loan brokerage operations. Revenues commission commission, which was KRW 70.1 billion at the end of 2015, soared to 151.1 billion KRW by the end of 2016.

The bill to amend the enforcement order of the Business Loan Law, which passed the government meeting, will be implemented immediately after the announcement on 13. "We have had enough time to prepare for the industry," said a financial official. "We have revised the enforcement order as a result of having been able to communicate with the industry, such as the Association of Loans and the Regulatory Reform Advisory Committee."