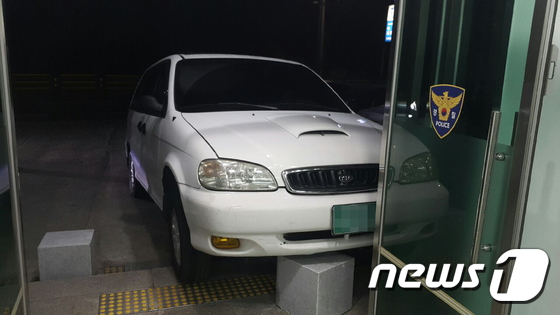 Mr. A was driving his carnival car at 1:54 on the Yecheon belt.

Mr. A's car was stopped by stopping the anti-static seats installed on the base of the earth, and no damage was caused because he could not enter the ground.

At that time three policemen were on duty.

A policeman was arrested at 1:17 am in the town of Yecheon, driving a car with a blood alcohol concentration of 0.143 percent.

The police believe that Mr. A has complained about drunken driving and committed a crime.

A police source said: "We will ask for an arrest warrant immediately upon the completion of Mr. A's investigation."