The English League also introduced a video call from next year 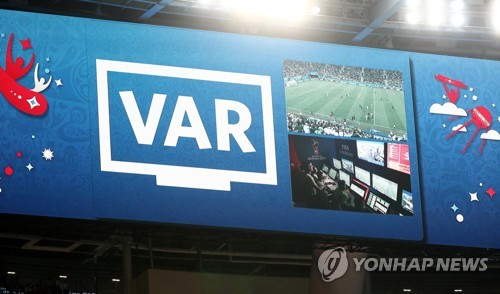 EPL said it agreed in principle on the introduction of VAR in the 2019-2020 season after 20 teams were reported on the VAR pilot this season.

Details such as how to communicate the VAR situation to the audience will be discussed later.

VAR, which appeared in the 2018 World Cup in Russia, is also used in various leagues in Europe such as K-League, Spain, Germany and Italy.

However, there is a constant demand for the introduction of VAR between players and coaches.

Recently, Southampton striker Charles Austin has criticized the decision as "laughing" after Watford's top scorer was overturned by a decision on the reverse side on November 11, claiming the need for VAR.

Judge Mark Halsey welcomed the decision to the BBC and said: "We had a lot of comebacks this season and we know a lot of people who oppose VAR, but we have to accept it and move on."

The UEFA Football Association has announced that it will present VAR to the Champions League next season, and the VAR will be available from the quarterfinals of the AFC Confederation Cup in January.