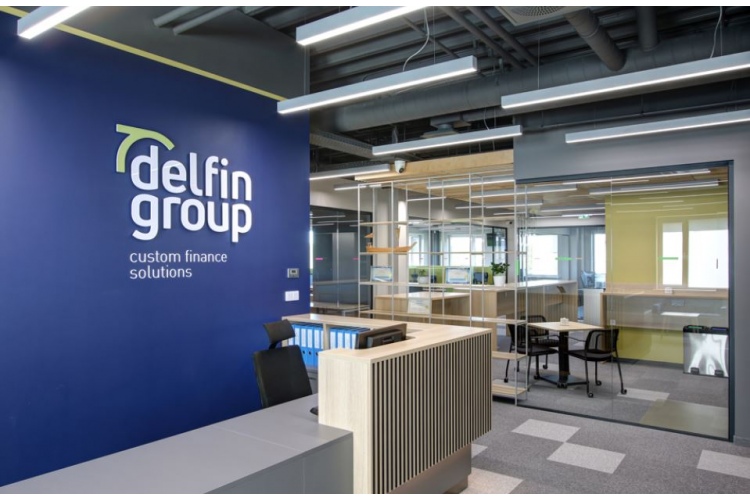 The initial public offering (IPO) of the Latvian financial group AS DelfinGroup on the Nasdaq Riga Stock Exchange was successfully completed. 5,927 investors participated, including 10 institutional investors. In terms of number of investors, this is the largest IPO in Latvia’s history. (Up to 7,300,000 shares were offered there.) 8.09 million euros raised as part of the offering.

as Delfin Group chairman of the board Didis Ādmīdiņš: “This was the largest IPO in Latvia this year and the second largest in Balti in terms of number of investors and also the amount of funding attracted. Therefore, we thank all the investors for the trust they have shown, which will enable the company to meet its long-term goals. – JSC Delfin Group The IPO became the largest IPO in the history of Latvia in terms of the number of investors. Institutional investor activity lagged behind initial forecasts, which may be explained by several other large deals on the Baltic stock exchanges. New AS Delfin Group Shareholders will feel the first return on their investment as early as December this year, when AS Delfin Group Will pay current quarterly dividends. We anticipate that total continuing investments will soon enable the Company to successfully refinance its existing liabilities on favorable terms and attract future working capital at a significantly lower interest rate than in the past, as well as continue to increase business volume and profitability in accordance with the company announcement. Programs. “

Ivers Bergmanis, LHV Head of Institutional Markets: “The fact that a company has managed to attract such a large number of investors may in the future also mean relatively healthy stock liquidity in the secondary market. Autumn seems to be the busiest period in the history of the Baltic capital market and the company competed with three more public offerings during the signing period (all the rest were from Estonia). It is worth emphasizing the fact that 77% of AS Delfin Group Investors came directly from Estonia. The level of financial literacy in Estonia is undoubtedly the highest in the Baltics and the active investment in securities is not foreign. Current AS Delfin Group “The number of shareholders will be three times greater than the current leader on Latvia’s first list of shareholders.”

as Delfin Group Chairman of the Board and co-founder of the company Agris Abertovsky: “The team has put a lot of effort into this offering and we are all very pleased with the results. 12 years ago we were simple start up With one mortgage store and a vision to provide better and easier financial services that are still our DNA. Today, as far as the Board of Directors is concerned, our main priorities are increasing AS Delfin Group Value for all shareholders by ensuring the best strategy for growth, risk management and ESG. “

with get NASDAQ Riga With the consent of the council, a Delfin Group Trading on the stock exchange NASDAQ Riga The official Baltic list will be launched on October 20th. as Delfin Group Will be one of 33 Baltic companies and four Latvians whose shares will be traded on this list.

as Delfin Group The financial advisors to the IPO process were LHV A sworn bank and law firm Eversheds Sutherland Bitane. as Delfin Group Entered into a market manufacturers agreement with AS LHV Bank By AS Delfin Group Ensure stock liquidity. More about marketers: https://nasdaqbaltic.com/lv/tirgus-informacija/tirgus-uzturetaji/

By AS Delfin Group

AS DelfinGroup is a technology-based licensed financial group established in 2009 and works with banknote and VIZIA brands. The company is constantly developing and offering loans to consumers, executives, payments, mortgages and the sale of used and second-hand products in over 90 branches throughout Latvia, as well as online. The AS DelfinGroup staff of more than 270 professionals issues an average of 35,000 loans per month. The number of registered customers of the company exceeds 400,000. Since 2014, AS DelfinGroup has been known on the Nasdaq Riga Stock Exchange as a bond issuer. The company pays a fixed dividend every quarter. In 2020, the company’s loan portfolio reached 34.6 million euros, EBITDA was 9.3 million euros and profit before tax reached 4.65 million euros. The company’s sustainability is based on a focus on corporate governance, fintech innovation, subordinated loans, financial inclusion and advancing a circular economy. The company has been operating at a profit every year since 2010.