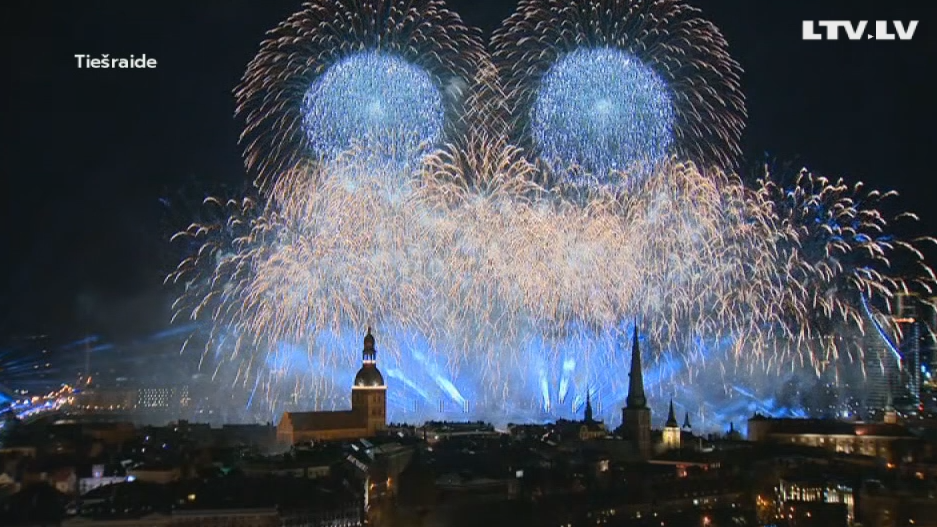 The climax of Latvia's 100th anniversary celebration – Sun "Sun" life – was observed by several tens of thousands of people on Sunday, November 18, November 11.

"Sun Day" is dedicated to the 100th anniversary of the country is a visual musical story six parts about the Latvian state from the idea of ​​its establishment to this day.

The visual identity of the show consists of a light-beam crane in Daugawa between the bridges of Anshu on Imkins, which were connected with Latvian forces on the AB dam, iconic pyrotechnic choreography, unexpected light surprises and illuminated the silhouette of Riga.

Every Sunday in Latvia, with various events, marked the year of the century. People on November 11 went to a joint anthem before singing.