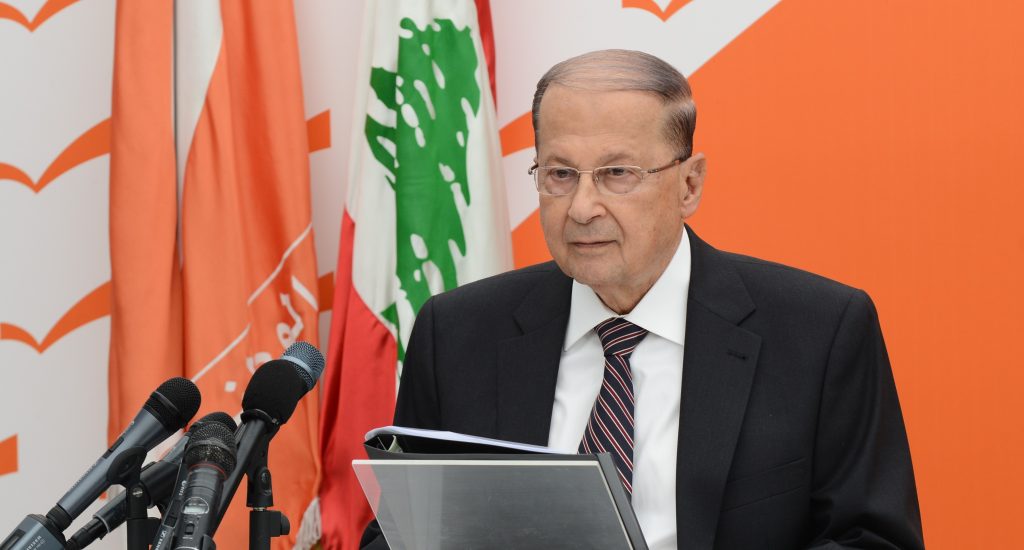 Lebanese President Michel Aoun said today that the differences of opinion of a new national unity government are "not easy," pointing out that he is in conflict with his Hezbollah ally on the only remaining obstacle.

Five months after the parliamentary elections, Prime Minister-designate Sa'd Hariri was unable to form a new government because of demands by rival parties for the government councils, which are divided on ethnic grounds.

The agreement was lifted on Monday after a major obstacle was removed when disagreements over Christian representation were settled with the Lebanese Christian Forces (LF), which offered concessions to President Michel Aoun and the Free Patriotic Movement of the Shiite group.

But Hezbollah, the armed group backed by Iran, insists on representing one of its Sunni allies in the 30-member cabinet, which reflects their achievements in the parliamentary elections.

"The obstacles that Shambrakim are out of place are not justified," Aoun said in a television interview.

"This delay is a kind of political intrigue that is damaging our big strategy," he said of the Sunni demand, backed by Hizbollah. Aoun said that the Sunnis support Hezbollah "they are individuals, not mass, we represent blocks by certain criteria, they finally gathered and demanded representation."

Hariri rejected the resignation of one of his cabinet seats: One compromise was to call Aoun, one of the Sunni allies with Hezbollah, a group of ministers named the president.

But Aoun gave no hint of his desire to do so in a two-year interview, a post reserved for a Maronite Christian.

"We want the prime minister to be strong and not weaken, because his responsibility is great," Aoun said. Hariri, backed by the West, lost more than a third of the seats in the parliamentary elections, most of which went to Hezbollah's Sunni allies.

Lebanon desperately needs a government that can go through economic reforms that seem more urgent than ever, struggling with the public debt to the world's third-largest GDP, and the economic stagnation.