Beirut decorations cause confusion .. Two million dollars for the holidays 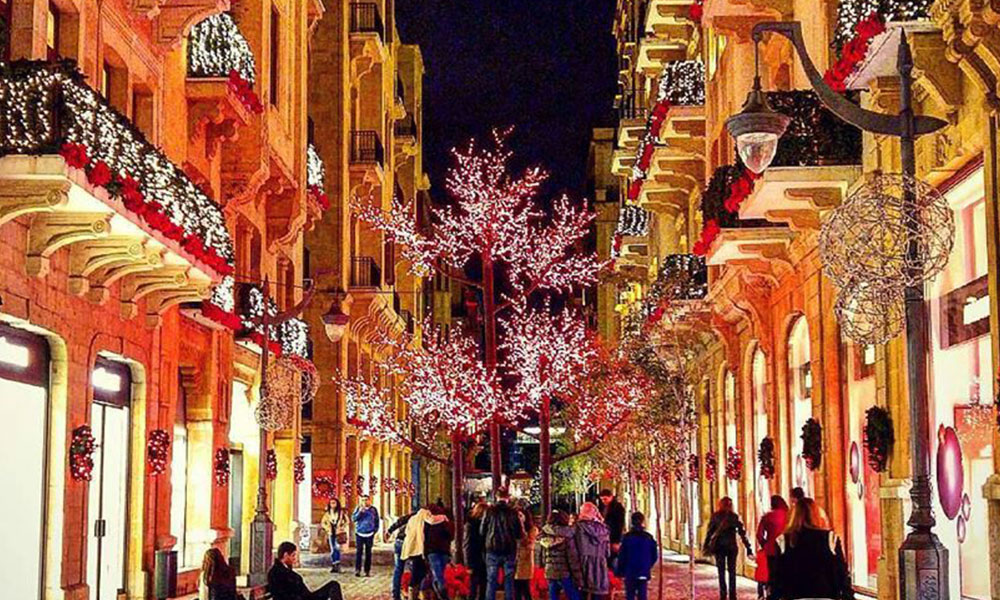 The cost of decorations for the city of Beirut on the occasion of the festivities caused a stir, against the protest that the municipality will pay to Bias in a majority decision in the city council. A member of the "White Lebanon" bloc, the former MP, the corporal Terzian, asked to publish the items presented to the public to compare them to the expenses of last year, to raise further questions about the enormous value of the amount allocated.

MP Bulit Yacoubian said through "central" that "the wrong amount does not make sense at all, logic says that the disposal of municipal funds on sewage infrastructure, and find congestion traffic solutions choke the city, not on the ornaments," noting that "we do not have to spend all "These sums are enormous as long as there are shareholders willing to finance the festivities without looting the taxpayers' money because of the mutual exchange of officials," stressing that "following up the issue will require detailed invoices for the work done."

In an interview with Al-Markazia, Beirut's mayor, Al Ittani, told Al-Markazia: "The number is not huge at all, and the New Year celebration, which CNN spoke about, cost $ 400,000 alone (the shareholders contributed) and the Lebanese could follow it directly From the square of stars, beyond the television screen. "

"This year we expect a greater celebration than last year, and there will be a forest with a cave, a Gregorian village, a celebration of the year for Rosh Hashanah celebrations with fireworks,

And lack of a clear book of conditions when soliciting prices is said: "We learned a number of proposals and presentation of the Assembly of the BEASTS was the best and on this basis received the approval of the Municipal Council," noting that "the preparation of conditions book and the solicitation of prices under the project.

"The decorations on the streets are not handled by BEASTS, and they cost separately $ 1 million, including Christmas, New Year and Ramadan, and will be re-established over three years, in coordination with the Chamber of Commerce and Industry.

"Terzian's comments are more questions than objections, he is aware of the costs of the Christmas tree last year," he said. "Everything related to installation, dismantling, storage and maintenance of the wood is very expensive, every year it loses about 20 percent of its value."

In response to criticism of the municipality's decision that it pays huge sums to decorate the streets while the needs of many citizens are not well established, he said: "The municipality does not pay for free, the decoration is an investment that has revived Beirut's economic cycle for three years and will have a positive impact on people's Jobs and the national production promoter, "noting that" this year alone, the municipality has provided nearly $ 2 million to associations dealing with the needs of the needy. "

"BAASTS" The BAASTS Information Office explained through Al-Markazia that "the association's responsibility for the holidays includes the decoration of the Christmas tree and the Roman cave, as well as the construction of a hill village that will protect it from the rain, and also includes many activities ranging from tours to celebrations, , Art and music groups, and a dedicated food section featuring a host of restaurants that satisfy all tastes.

The activity of the Christmas Village will be extended from December 3, 2018 to the 29th, at Martyrs' Square, as well as the New Year celebrations to be held at Al-Najah Square on 30 and 31 of the month, bringing the Lebanese from all streams, The Lebanese in narrow social conditions. "

He noted that "all this free activity lasts a whole month, at no cost to the citizen, so the sum of $ 1 million is not as exaggerated as some argue, our goal is to emphasize the cultural and cultural world of Lebanon by organizing international standards, In order to prevent confusion, the meeting will submit a detailed timetable after the end of the project, in accordance with the decision of the accountants' house number 3309/201, together with invoices clearly showing the mechanism for the expenditure approved by the Municipality of Beirut.