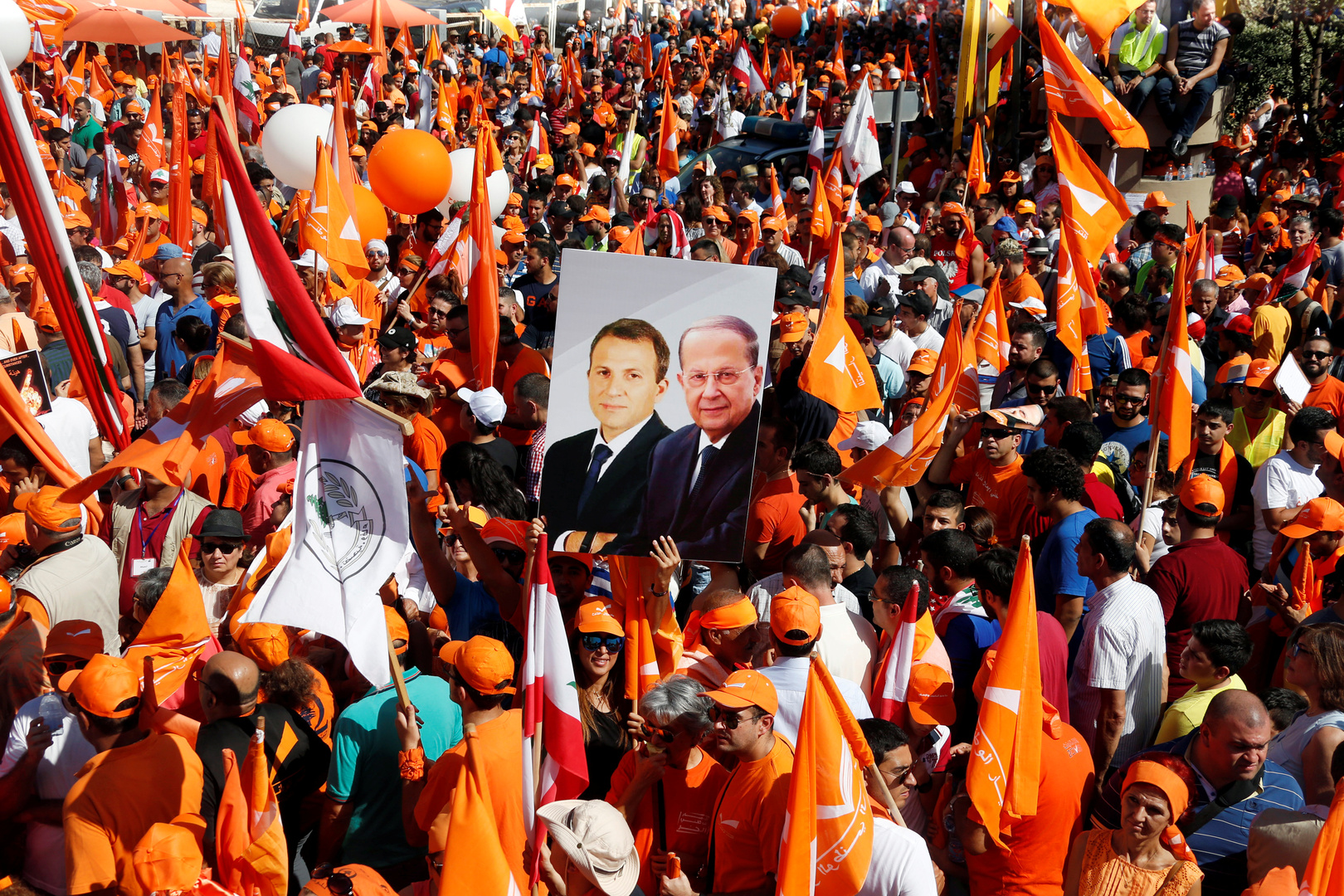 Today, Sunday, the Lebanese Forces Party responded to the latest announcements of the head of the Free Patriotic Movement, Jabran Basil, about the events that took place in the Tayuna area of ​​Beirut.

The Lebanese Forces Communications Department said in a statement: “The Lebanese Forces Communications Department is surprised that MP Gabran Basil has continued his views on people who are hungry, poor, humiliated and sent to hell since his uncle (Lebanese President Michel Aoun) passed the helm of him. First, just as his uncle did in the late 1980s, he destroyed the only freedom zone in Lebanon because of his greed for the presidency, and the groom is like David. The presidency is more important to him than the people and the state.

The groom said: “The groom was first and foremost ashamed of himself, his own history and the history of his uncle, and kept silent in front of the throats of the Lebanese who shouted at him, blaming him and his uncle. , In order to present his first presidency, and the youngest presented Lebanon to Hezbollah Secretary General Hassan. Nasrallah, in order to present him with the first presidency, so that he can rule in Nasrallah’s name at the expense of Lebanon and the Lebanese.

The statement continued: “Mr Basil should have remained silent instead of continuing his immorality, which led Lebanon to a hell of a hell. This group, which does not know the meaning of the martyr, principles, constants, assumptions and case, should remain silent, ashamed and leaving, It is a force, whether it is the Syrian occupation route, or through an illegal weapon that killed the Lebanese people. To join the Nasrallah-Assad line that violates sovereignty, he kidnaps the state and isolates the state, and falsely claims that this alliance, which aims to continue the Nasrallah-Assad line, kidnaps the state in exchange for handing over the abducted state to David and her brother-in-law.

The statement concluded: “We did not expect this group, which sold Lebanon in the 1980s to Hafez al-Assad and today to Hassan Nasrallah, to defend the truth. “His goal is to overthrow justice in Lebanon, so he refused to cover up this invasion at the expense of justice and safety.

Gibran Basil referred to recent incidents that have taken place in the Tayuna area of ​​Beirut, saying that “the stronghold is not the one who snaps people from the rooftops, but the one who avoids quarrels”.

And he went on, “Every time someone tries to cleanse himself, he fails to shed blood, because that’s his nature,” emphasizing that “Tayuna’s crime is the greatest proof.”

Basil added that “from his history, a black man cannot claim to be biased towards justice, and he kills with a protester and tries to cause quarrels.”

He added: “The people who demonstrated, even if they were provocative, no one has the right to kill them by whipping and betrayal, to witness the same massacre we witnessed in October 1990, by the same armed groups,” emphasizing that “expressing an opinion, whatever it is, does not justify responding. To her in violence and shooting. “And killed”, referring to the “Lebanese Forces” party.

At least seven people were killed during an armed riot in the Tayyona area of ​​the Lebanese capital, Beirut, last Thursday, which authorities defined as an attack on protesters about to take part in a demonstration called by Hezbollah and Amal. Movement to demand the dismissal of the investigating judge in the Beirut port explosion.