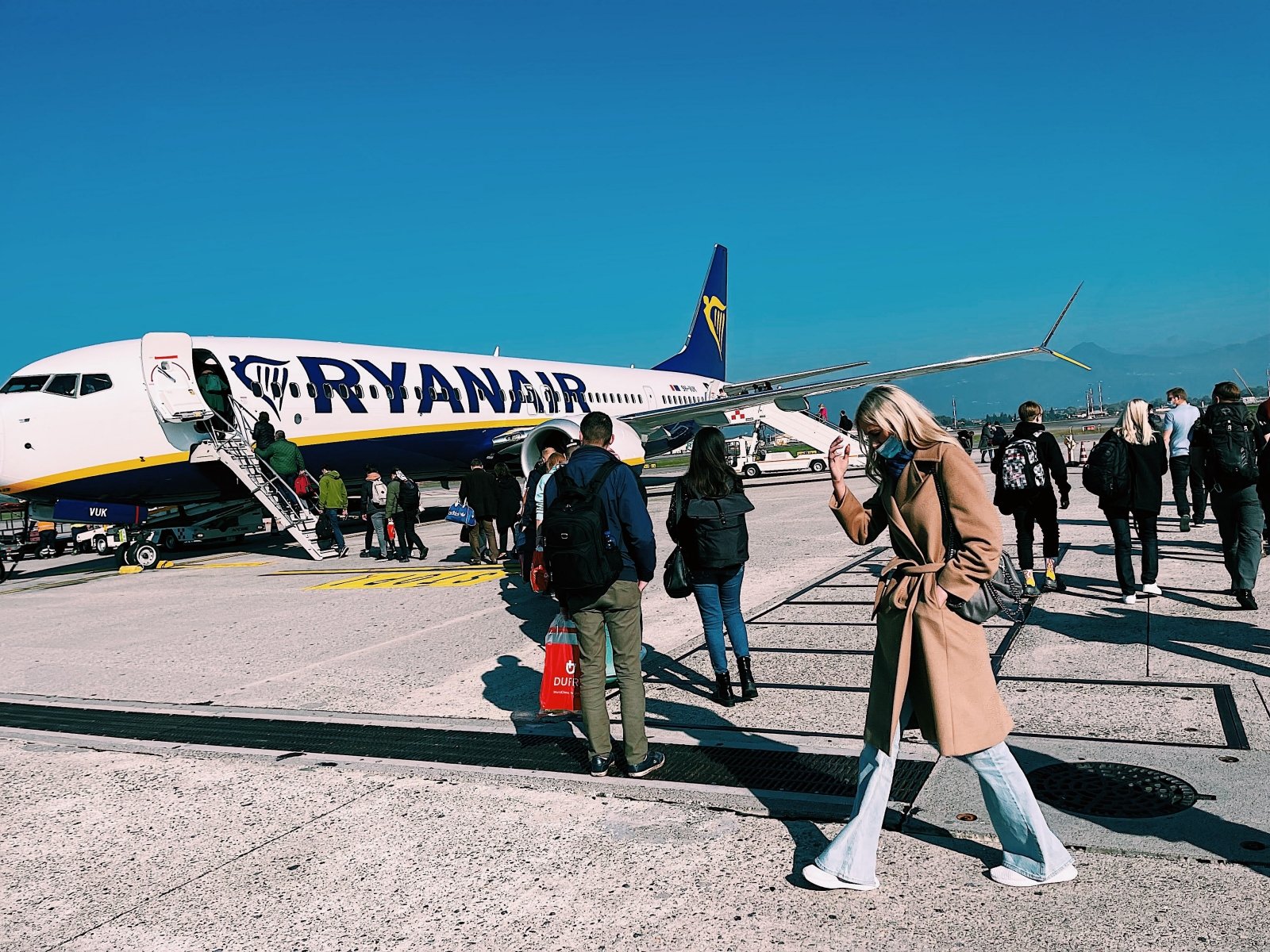 I’m telling you this detective, who happened to me and my friends, to warn you to always be prepared for rather strange events. Aviation is still a complex matter, even in the simplest of situations. And it is better not to be too nervous in this case, because still nothing will change. And the only thing you can do for yourself is always, in all cases, carry the most important items in your hand luggage. In case your suitcase suddenly disappears, all the plans will not be ruined and things will not stop.

And it was all like this: some guy from Vilnius Airport’s luggage department probably wasn’t in the mood last Saturday, maybe after the ball in a heavy head, maybe in family problems – he did not notice all the luggage in his department one day and did not load any of them in time. The plane flew out, the suitcase left. I’m not sure if a man did that, but the women loading suitcases at the gates of our capital city have yet to be seen in the world. 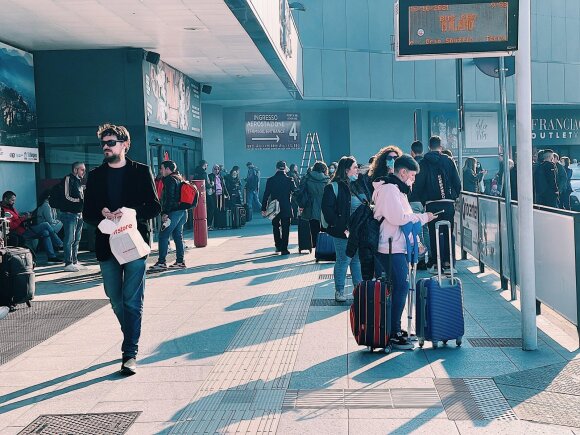 Something similar happens every day, on thousands of flights, around the world. Lost luggage is a sad but completely common part of hiking. Just usually they get lost at large airports, and even more often during onward flights. The reason is very simple: they just fail to move them from one plane to another.
But this case, which I describe, is different. This was the only direct flight to Vilnius-Bergamo. Our airport at the time did not even look very busy, it was a quiet afternoon, with no big queues and chaos.

The Irish company Ryanair took off from Vilnius Airport half an hour late, and a little later than expected – landed at Bergamo International Airport near Milan. An old, quite popular trip, on which hundreds of Lithuanians fly back and forth four times a week.

As usual, after landing, the passenger column travels to the check-in line of the marked cargo. And there, after about twenty minutes of waiting, it turned out that one of the three suitcases of my girlfriend and my friend had not arrived in Milan. Although at first we thought he was just lost. To do this, there is a “lost and found” box at each airport, where the responsible staff searches for the lost. Even quieter at Bergamo airport that afternoon than in Vilnius. The worker left her room, went to the suitcase and returned immediately with bad news: “No, there is nothing there, you will have to fill out documents.” It’s easy to do: you need to display the trunk of the suitcase you bring at the airport from which you leave and check your luggage, as well as describe the suitcase (what color, what size, what manufacturer) and write down your contact information.

The employee was helpful but quite pessimistic. “It was not clear to us then. The next Ryanair flight from Vilnius only after two days, at night, even if we find the suitcase – we will have to wait until the flight back. No other company can do it because of Ryanair’s laws,” she regretted, but could not To say where the poor suitcase was lost. “He can stay in Vilnius, or fly to another place in the world, he can mix and match me on the wrong plane. So you may have to wait even longer, sometimes for a week or even two weeks,” he warned. 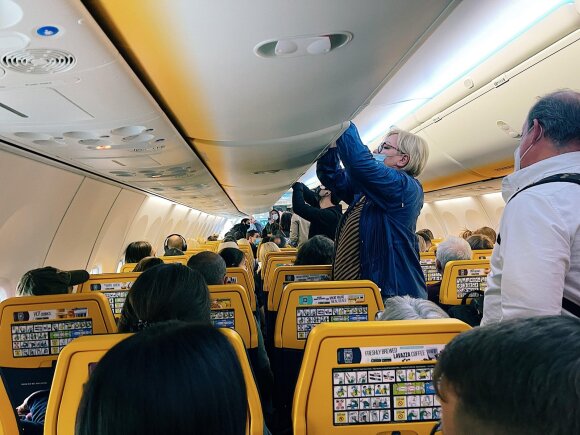 No system at Bergamo Airport saw where the suitcase was lost. Computers do not always know everything. But the call to Vilnius helped Lithuania, which operates Ryanair flights in Lithuania, understand everything more clearly. The girl who answered the phone immediately confirmed that the suitcase had not boarded the plane in a way she did not understand and stayed in her homeland. “Will you need it? I see you’re coming back soon, maybe you should not send it?” Asked the girl who spoke on the phone. “Send as soon as we need it,” I asked and asked if it could be done that day, on connecting flights, or through companies Other aviation, maybe parcel services. “No, no way. You will have to wait two days before the next flight. There are no other options, “she said.

I have heard of all kinds of compensation, of financial aid in such cases. After all, travelers were left without personal belongings, without clothes, hygiene products, necessary shoes and other accessories.

In this case, we were left without a backpack containing a bank card. And this card is absolutely necessary to pick up a pre-booked car and already paid for. In addition to the ticket, the international rental company Sixt does not give the vehicle, even if another person has a ticket and can guarantee the driver – not everything. The driver’s credit card is required. It was necessary to take the vehicle from another company, in addition to the previous order – for a much larger amount of money. Another employee asked, “Glad you’re still getting it because of the shortage of cars. There are only a few cars left.”

Such confused things really smelled like compensation. But the lady who helps Ryanair flights to Vilnius feared she was not working with financial support. “Fill out the form on the airline page, try it out there or call them,” he said. Saturday night, no one answers the phone, does not write to the full form on Saturday or Sunday. The smell of compensation faded.

A week has passed – there is still no compensation and it is not clear if there will be. Under EU law, as it should be. But we’ll see how things go.

But the story with the suitcase does not end there. We flew to Bergamo, near Milan, but did not plan to stay in either Bergamo or Milan. With a group of friends, in this extra rental car we went to where the vineyards were – in the Piedmont area, in a rented villa. And there we received a message that the same suitcase leaflet that flew to Italy in two days would not be delivered. “You’re too far away, Ryanair’s laws allow you to deliver cargo only within a 150 km radius of the airport, and you’re 220 km away. There will be nothing,” said an Italian from Bergamo airport. 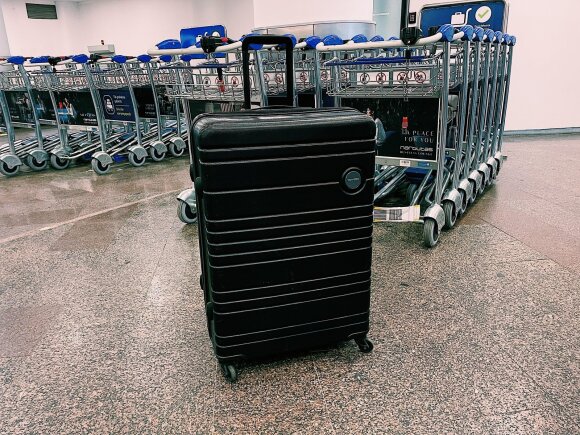 It sounds pretty sad, like we and the suitcase will never meet again. It was already Tuesday morning, the third day without it had begun. Needed a few more calls and letters, a toned tone was needed and then another option popped up: another day it was possible to move a suitcase with transfers to the nearest airport in the Piedmont area, Turin Airport. After confirming that this is true for us, because we really do not want to lose our luggage – this tragedy was sent to Barry Airport on the other end of Italy and loaded from Barry by plane to Turin. It took another day. And when the week of our week finally fell on the other side – the suitcase was already right next to us. 75 km from the villa where we stayed. Called the airport again, again to the question, can you deliver this suitcase? And again, the negative answer: no, there is no situation today. Tomorrow by courier, but not necessarily tomorrow, maybe the next day.

After these doubts, we realized there was no other way out – we were going to pick him up in Turin. That’s what we did. The suitcase appeared.

A disgusting, funny and often frustrating story where you, the person who paid for the money for the trip and luggage, realize how unimportant you are in this whole confusing system.

A lesson for the future: it is not. We will continue to need luggage for travel, we will continue to list them. Only now, every time we receive it, will we feel like we have won the lottery on this carousel of the revolving airport. “There will be no hassle for three days,” we will think. Well, for those who are comforted, suitcases still reach their destination more often than they get lost.

And best wishes to choose from the airport in Vilnius that did not load the suitcase on time and on the plane. You did not do that and forgot that minute. And we’ve been thinking about you all week.

It is strictly forbidden to use the information published by DELFI on other websites, in the media or elsewhere, or to distribute our material in any form without consent, and if consent has been obtained, DELFI must be cited as the source.