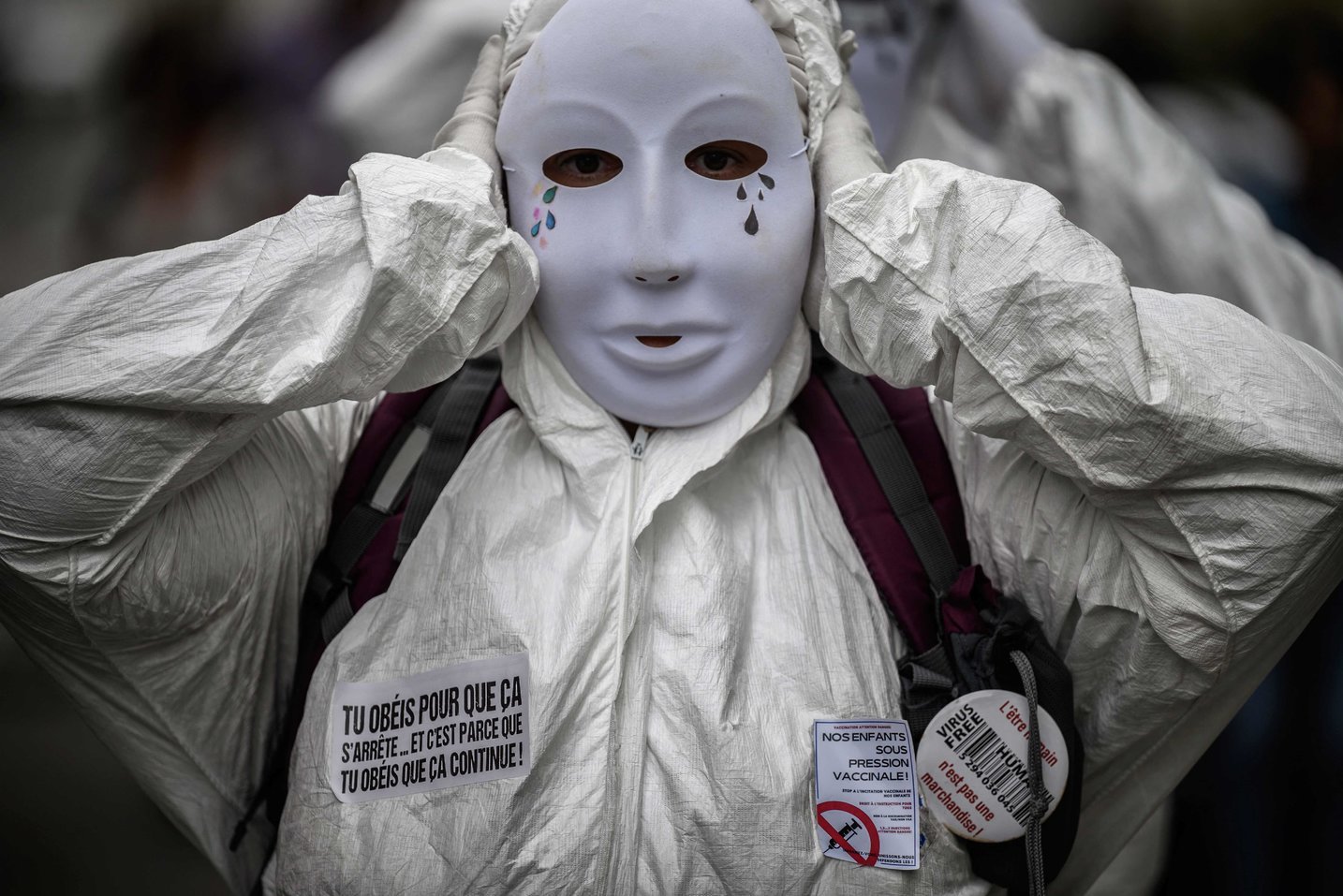 If the next, fourth, global wave of infections, which is soon to be called, coincides with a season of colds or flu, it could put a heavy strain on health systems around the world and lead to tens and possibly hundreds of thousands of deaths, the BBC reports.

A special term has already appeared in the media, “twindemia” (from the English word “twins”, twins and “pandemic”, plague).

Silence before the storm

In the northern hemisphere, the cold season is just beginning, and usually lasts from the first frost to mid-March. The last 2020 year was certainly exceptional in this case. The vast majority of schools had to close, and adults usually sat at home – so there was simply no one to physically carry the flu virus or the common cold.

For example, in the United States, where the flu virus kills 20 to 60,000 people each year. Of human life, at least 200 of them children, only one child died from the disease last year, according to official data. From September to March, a total of 330 million. In a country with a population of only 1.5 thousand people,

This fall the situation has changed dramatically. In developed countries, where the majority of the population has been vaccinated against COVID-19, governments are more or less abandoning restrictive measures. Children returned to school and adults to offices and restaurants or other places of entertainment. Unsurprisingly, cold statistics have skyrocketed as well.

In Russia, the incidence of acute upper respiratory tract infections and influenza has doubled in the last month. An epidemic was discovered in 62 areas of the country last week and continues to spread. On September 29, the National Center for Public Health (NVSC) in Lithuania announced that the incidence of colds and flu is growing sharply in Lithuania – today the incidence rate is twice as high as in the same period last year.

The number of corona epidemics is growing in parallel with this wave of diseases: the number of new cases in Lithuania, as in many other European countries, has been steadily increasing for several weeks. In Russia, the mortality rate from COVID-19 in late September and early October “improved peaks” almost daily.

A comparison between the last few weeks shows that the prevalence has been rising gradually since the end of August. / 10 thousand. The population (35th week of the year) to 46.8%. / 10 thousand. Population (week 36), most associated with the beginning of the school year and the return of students to schools. Last week children had just over half of the registered cases of flu and CVD, ”according to an NVSC report.

Many epidemiologists interviewed by the BBC have agreed on the prognosis of exacerbation of influenza and colds. According to them, a return to a normal life will inevitably be accompanied by a return of normal infections.

“We are dealing with the threat of an epidemic of two respiratory viruses at once, as a result of which the health system could easily spill over without having to deal with such flows of patients,” warns Daniel Solomon, a professor at Harvard Medical School. .

One trouble is not trouble

“Of course nothing can be guaranteed in advance, but I think this winter we have signs of morbidity and flu, and the growth of the human respiratory syncytial virus (hRSV), which is undermining the lower respiratory tract,” explained Prof. Matthews. Of Virology at the University of Bristol. “That is, we will soon get back two viruses that were stopped (by restrictive means) last winter.”

For those who are not afraid of seasonal flu and consider it a “fundamentally harmless disease,” Professor Matthews recalls statistics. Every year, about 650,000 people worldwide die from this “simple” virus (and its complications). people. Therefore, according to the researcher, it would not be appropriate to casually assess these two infections. The main risk groups are older people with chronic diseases (so they are twice as vulnerable during an epidemic) and children whose immunity has not yet developed accordingly. In contrast to the coronavirus, which is usually mild in children, the risk of influenza causes illness and hospitalization.

“A child who has the flu and is in a hospital resuscitation is a routine thing,” Matthews told the BBC. – Obviously, for a young and healthy flu – this is a more frustrating nuisance: Who among us has not contracted the flu. But we know that the flu kills tens and hundreds of thousands of people every year. He kills old men, he also kills babies. So we are very lucky that a flu vaccine can be made. From hRSV, you will do it – even though vaccine developers have been bothering him for decades. “

Ann Johnson, a professor of epidemiology of infectious diseases at the University of London College, pointed to another danger: the mutation flu is known to be quite potent every year. Sometimes – about every 10 years – it leads to the emergence of a new and more dangerous strain. This was also the case in 2009, when the outbreak of swine flu in Mexico escalated into a global flu epidemic.

The good news, she says, is that there will be no need to introduce a new “lockdon.” The usual means of fighting the flu are ideal: wearing masks, washing your hands regularly and thoroughly, keeping your distance and most importantly vaccination. Mr. Matthews is convinced that the flu vaccine of the year is also good for those who have not done so in the past. In order to provide maximum protection not only to the vaccinated person himself, but also to those around him. “There is nothing to talk about or argue about, there is nothing to discuss here at all,” he explained. Just go and get vaccinated. I have already been vaccinated. “ 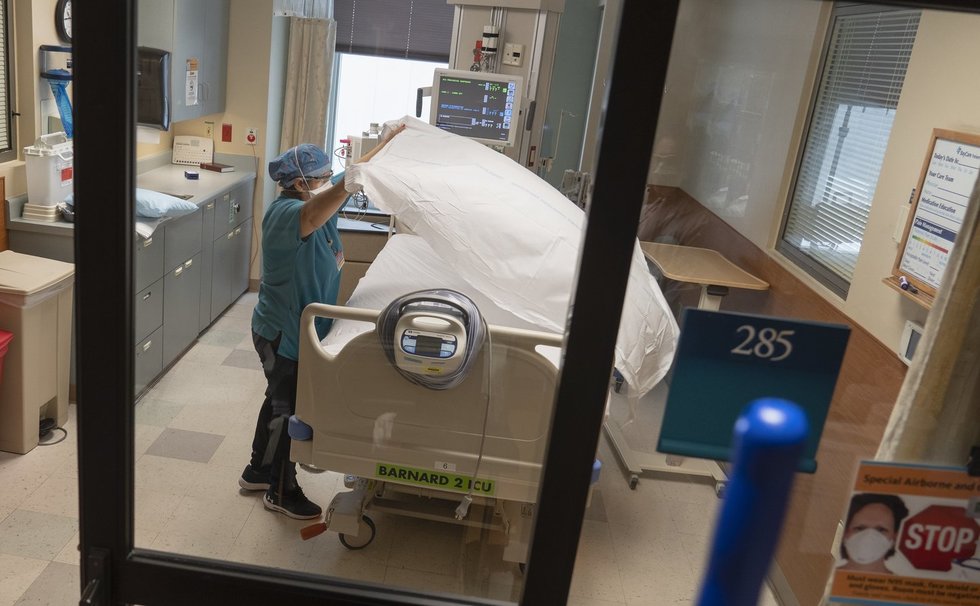 The vaccine is like a seat belt in a car

Researchers, who were expecting an approaching “double epidemic”, even conducted a special study to see if the two vaccines could be given sequentially at short breaks and in what order it would be best to do so. The answer was unequivocal – you can also get vaccinated on the same day, the BBC reports.

Needless to say, no vaccine can guarantee 100% protection against the disease, the expert notes. But in fact, there is absolutely no protection against being hospitalized, so ignoring the most effective means of protection from all of these will not come out. And Matthews compares the vaccines themselves to seat belts in cars.

“When you get in the car and fasten your seat belt – you’re not doing it because you’re hoping to get in an accident, right? And not because a seat belt gives a guarantee that you’ll survive an accident or be seriously injured in an accident. Increases the chances of a successful outcome. “