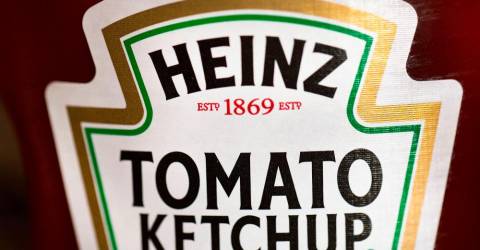 Washington: Americans may soon have to give up ketchup on their fries and burgers, with manufacturers struggling to meet the demand for disposable packages, as restaurants turn very much to the shuttle service during the plague.

The individual packages, which often accompany delivery orders, in the past year have actually replaced the use of the classic glass or plastic bottles that are often seen on restaurant tables – even in dining environments, where customers are careful not to touch common objects.

The ketchup giant has already made adjustments to their production processes in order to meet the new situation.

Despite this, “demand was greater than supply,” the company told AFP in an email.

In response to this demand, Kraft Heinz added that it has added a number of new plants to production in their factories, which should allow the company to increase production by 25% – to a total of 12 billion bags of ketchup produced per year.

They also developed a “non-contact facility” for a restaurant dining service.

Ketchup ration prices have risen 13% since January 2020, according to the Wall Street Journal, citing the Plate IQ business services platform.

Meanwhile, restaurants have had to find a way to avoid the cardinal sin of fries without their classic red partner.

“How can we serve fries without Heinz ketchup?” The owner of Blake Street Tavern, Denver, Colorado, Chris Fossler is concerned, according to the magazine.

He asked the servers to apologize to the customers after he had to switch to a general brand. -AFP