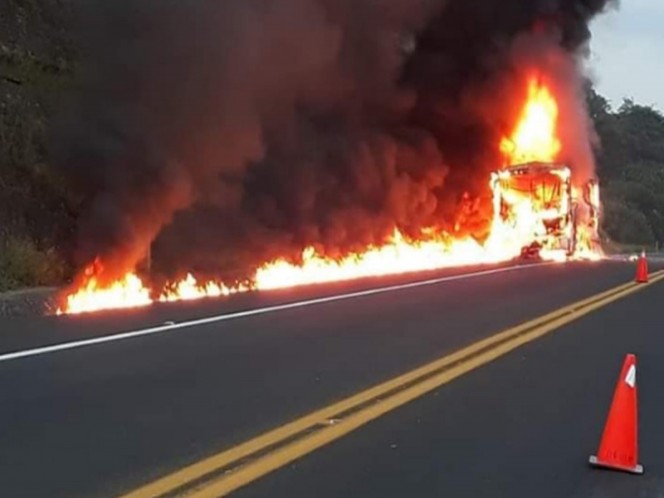 A few minutes after the students' descent, the flames enveloped the bus. Photo taken from Twitter: @ PGR103

It caused an alarm among the drivers Fire of a bus carrying 45 students Of the Autonomous National University of Mexico (UNAM) in the section of Tihuatlán-Totomoxtle Road.

The unit, owned by the company "Turísticos Aguilar" Apparently there was a failure in one of the tires, Who burst out and began to smoke.

The bus driver, Jose Sandoval, asked the youngsters to get off the bus.

A few minutes after the descent, The flames enveloped the bus, Which caused an alarm among drivers who at the time were crossing the section located near the toll booth.

Young people, students School of Engineering, They were about to reach their destination, in Gautierz Zmora, to enjoy the weekend; In the end they just got scared.