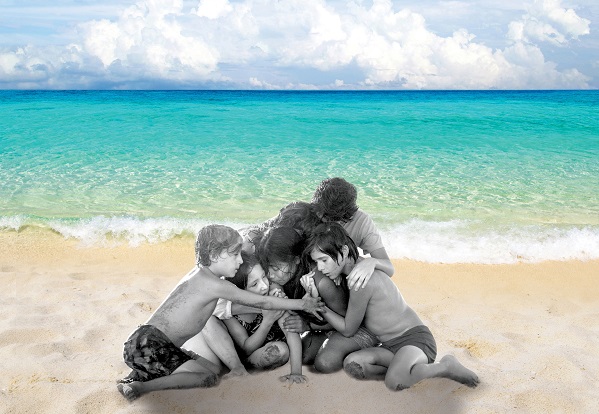 "Love" it's written "Rome" On the contrary, that's what the director's new film is Alfonso Cuaron Aims to describe the emotional relationships created between employers and domestic workers.

According to Oxfam, people engaged in this type of work face discrimination and violence in Mexico. "Local work is mainly carried out by women, many of whom are under higher vulnerability because of their ethnic origin and migration status. They remain trapped in the context of inequality, driven by the lack of recognition of their work"he explained Veronica Madrid, Director of a gender justice program for this humanitarian organization.

Our state still does not ratify the 189 Convention of the International Labor Organization, so 99 percent of these workers do not have a contract and live in a dangerous situation. According to National Institute of Statistics and Geography (Ingie), Mexico currently has 2.48 million people engaged in paid domestic work, and 95% of them are women.

For this reason, various initiatives, from art to innovation, are raising voice in favor of legislation that helps improve the quality of life of employees and their families. Alfonso Cuarón has acquired this commitment by recently expressing that he trusts that with the premiere of Rome he will help regulate the working condition of local workers in Mexico, explaining that the film is inspired by his Nana Libano and the experiences he lives together for her as a child.

Melina Cruz, The founder of the Jelp Mi platform, which through the application employs employers at home in contact with people who need these services, explained that three years after the creation of the project they were able to create a social impact with such cases Laura Leticia Delgado, Which can get a degree in mechanical engineering from the IPN thanks to the revenues obtained with this service. "Young people already have another mentality and create closer relationships between users and employees. They no longer think that providing cleaning service is a matter of grief"he said. The platform, which began in 2016 with only 15 employees and now has 367, allowed them to earn five times the minimum wage.

In October, human rights activists, academics and human rights activists joined an initiative called Nosotrxs with a letter sent to the Supreme Court of the nation, in which they managed to withdraw a project considered discriminatory to domestic workers. , Because I would deny them access to social security to carry out these tasks.

Rome is not the only movie that has ever dealt with this subject. Although located within the hotel industry, The maid It also focuses on the executive figure of this type of work. The recording, directed by Night of Aviles, Won the best fiction script at the Morelia Film Festival, and obtained a nomination for its director at the San Sebastian Festival. Other stories about domestic workers are La Nana, a collaboration between Chile and Mexico, which was put on the Golden Globes in 2010, and Hilda, who won the Ariel Award for Best Women's Extract for Adriana Paz.

The actress Yalitsa Afrissio, Who has the main role in Rome, who plays a native-born woman dedicated to housework, recently stated that: "Workers also have a life outside the home. This refers to equality as human beings, and no less to someone because of their socio-economic status or race".