A tool capable of assessing the toxicity of chemicals 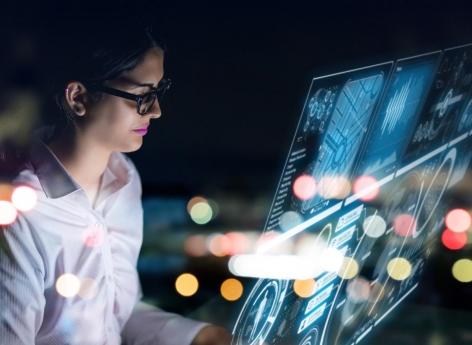 Artificial intelligence is the ally of researchers. A study conducted by scientists from Inserm and published at Environmental health perspectives Confirms this. The team, led by Karin Audouze, has developed a computer tool capable of detecting the toxic effects of Bisphenol S. This substitute for Bisphenol A, now banned, promotes obesity.

New side#IA Which is useful for assessing the toxicity of chemicals. Example with bisphenol S https://t.co/cQkD0CcWks pic.twitter.com/Ex3v4IuITM

Karine Audouze and her team from Inserm Unit's UMR-S1124 (for environmental toxicity, therapeutic goals, cellular signaling and biomarkers) developed the AOP-helpFinder computer program. The latter is able to determine the toxicity of the products by collecting the current data in the scientific literature. The tool identifies instances of terms in scientific texts: those that represent chemicals and those that represent pathologies. He then is able to analyze the relationship between the various terms. "Beyond fast reading, the system enables correct analysis of automatic text," says the scientist in a statement. Depending on the location of the term, AOP-helpFinder determines the link strength. For example, if both words are at the end of the text, the "weight" attributed by the artificial intelligence to the link is more important because this may be the conclusion. Conversely, when both words are at the beginning of the text, it is more likely that both hypotheses, and that the link is weak.

Bisphenol S was used as a tool for verifying the computer program by researchers. They artificially combined all the possible names and synonyms of the material. Then, scientific articles were presented on the software. "The goal," says Karin Odoz, "was to create a connection between the terms that represent the chemical and the cells to the pathological processes." The results indicate a link between Bisphenol S and the risk of obesity. The researchers examined these findings manually and confirmed them: Bisphenol S increases the risk of fat cells forming, the cells that store fat.

"The program does not, as such, toxicity of evidence, concludes the scientist, but is used to quickly integrate a large amount of information to prioritize the likely negative effects, which allows to design the most relevant biological and epidemiological studies." The study will continue now, researchers want to create a second version of the tool capable of analyzing not only one substance but a group of compounds.

Are you interested in this topic? Let's discuss this on our forum!