Morning – treatment of premature babies is still lacking in Morocco 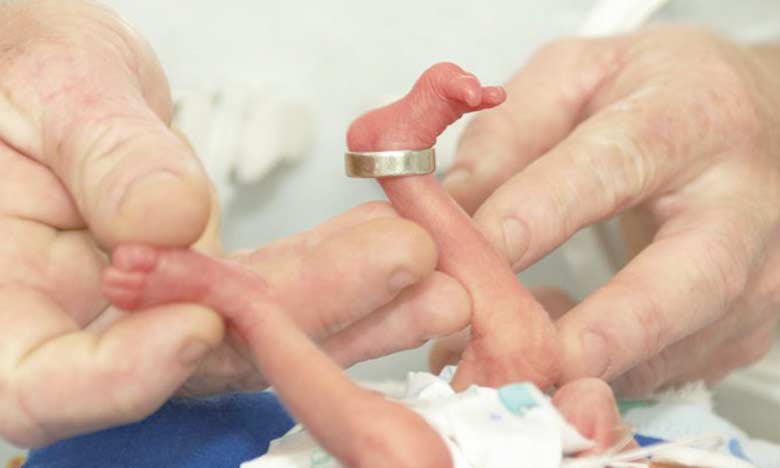 According to the World Health Organization, 15 million is the number of preterm infants each year, and they account for more than 1 in 10 infants.

The World Day, which is celebrated on November 17 each year, is an opportunity to raise awareness about premature births and remind people of the urgent need to take action to combat the public health problem.

Pregnancy is a unique experience in the life of any future mother that ends with the arrival of a small entity that will change the life of its parents forever. Unfortunately, it is not uncommon for this period to be interrupted due to complications leading to risks to the health of the mother or baby. Indeed, premature births (32 weeks to 37 weeks pregnant) are more common than we imagine. According to the World Health Organization (WHO), 15 million are premature babies, and they account for more than 1 in 10 infants, and almost a million have died from pre-survivor complications and many survivors have lifelong disabilities, including learning, visual and auditory disorders.
The birthday of World Children's Day, celebrated every November 17, is an opportunity to raise awareness about premature births and remind people of the urgent need to take action to address the public health problem. "Most births are premature to occur spontaneously, but some are the result of early onset of contractions or cesarean section, whether for medical reasons or not." Common causes of premature birth include multiple pregnancies, infections and chronic diseases such as diabetes and hypertension; This often happens because the cause is not identified and will also have a genetic effect, and a better understanding of factors and mechanisms will advance the development of prevention solutions, "says WHO. And to add that "globally, prematurity is the leading cause of death among children under 5 years of age.
In almost all countries with reliable data, premature birth rates are rising. Survival rates show significant inequality from country to country. In low-income countries, half of 32-month-olds (two months prematurely) die from lack of affordable and affordable treatment, such as breastfeeding, breastfeeding, and basic childcare. Infections and respiratory problems. In high-income countries, almost all of these babies survive. Inadequate use of technology in the definitions of moderate income causes more disability among preterm infants.
In Morocco, about 60,000 newborns annually require CPR and more than 50% are premature. According to a joint study by Unicef, WHO, World Bank, UN-DESA, the Kingdom has made progress in reducing child mortality, which is usually associated with premature births, from 63/1000 in 1990 to 23/1000 in 2016. Neonatal mortality decreased from 36 to 18 Per 1,000 during the same period. However, the treatment of these infants is still lacking. Indeed, in rural areas and small towns, it is almost impossible to care for an unborn child or barely breathing. And even in large cities, hospitals are not equipped enough to save lives and often send parents to private clinics, which charge excessive tariffs, between 3,000 and 10,000 DH per day. Many families are unable to pay this fee to keep their babies alive and sometimes have to choose to stop the treatment or risk letting them die.