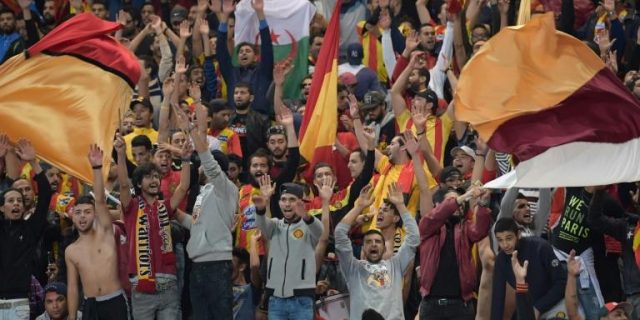 Tunisia was rejoicing on Friday evening after the Tunisian football club Esperance, as it approached its last century, the most beautiful birthday present: the third Champions League, against the Egyptian Al-Ahly's Mastodon.

The excitement of morning in the streets was reflected in the Radz Stadium, where the spectators painted hymns and slogans for hours before the game began.

For the first time since the 2011 revolution, the stadium was almost full, with more than 50,000 spectators. In crowded cafes in the capital, all the seats were turned to television screens in a family atmosphere.

With each goal a quill rose, like Esperance, left with two goals behind, made an unexpected comeback before winning 3-0.

From the last whistle, the spectators, many of them women, went out into the street shouting with joy, yelling "champions, champions" and drawing dancing steps under youyous.

The police, forcefully deployed by the tension in previous matches, joined the cheerful atmosphere, jumping happily for any purpose, an Agence France Presse journalist said. All night long, cars and motorbikes crossed the city and waved banners.

"We won a complex," said Ali, 34, referring to the many defeats against Al Ahli, who holds the title of eight continental titles. "We ruled Egypt and we won, finally happy in Tunisia," he smiles.

Politics saddens us and football makes us happy

Tunisia, weakened by high inflation and sustained unemployment, is also experiencing a political crisis ahead of the elections set for 2019.

"Politics saddens us and football makes us happy," said Sabri, another fan who came to celebrate the victory in the city center.

For 23-year-old Sameh Badir, wrapped in the colors of Esperance, who arrived with two relatives of Sidi Bouzid, a city on the fringes of the interior. "What gives this victory an extraordinary taste is that it has been regularly won."

The game was held under high security, especially when fans of Esperance rallied after a controversial arbitration by Mehdi Hadif Abid Aljour, who in the first round whistles three fines including two for Al Ahli.

Algerians came to support the Tunisian club, and to ensure that the judge did not represent their country.

We are the real Algerians, we have a relationship of fraternity with Tunisians!

"We arrived at 3:00 in Tunis just to watch this game," said Omar Ghadil, 25, who arrived with four friends, AFP.

"The police forced us to enter the stadium without a ticket to convey a message, and to say that we are the real Algerians, we have a relationship of fraternity with Tunisians!

In the Bab Suwika Esperanto district, the fans flocked to the club's historic headquarters, which will celebrate its 100th anniversary in January 2019.

They called "1,2,3" referring to the three stars that now enveloped the blood and gold of the Jersey, and began with many hymns set by "Tarrague" (in Arabic, Esperance is the supreme authority) the cry of the Esperantists.