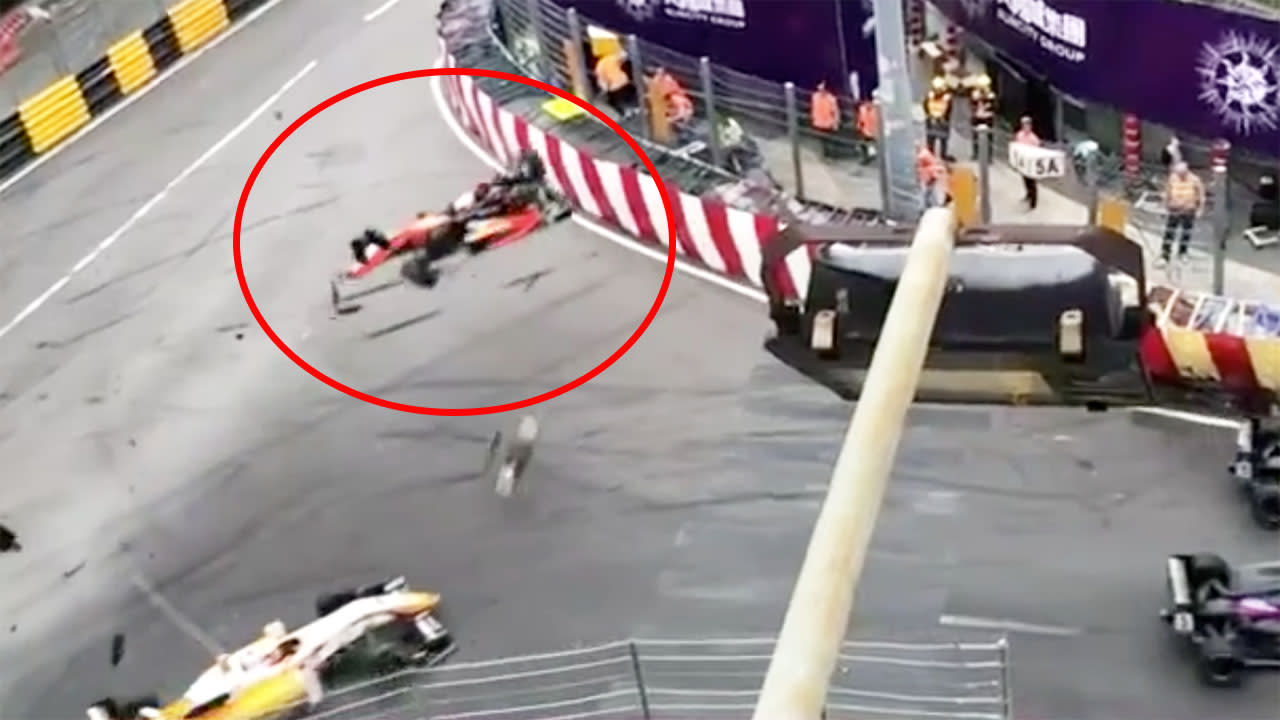 The driver of the F3, who witnessed a horrific crash left by a boy with a broken spine, filed an amazing lawsuit against the race organizers.

Guanyu Gao, who was driving behind Sophia Floresch, a 17-year-old driver who suffered the terrible injuries of Formula 3 Macao Grand Prix on Sunday, claimed that race organizers had made a mistake by displaying yellow warning lights on the straight forward of the crash.

Wau suggested that the yellow lights had caused Flesch to brake early, causing her to be hit back in the streets of Macau.

"I came after (the previous right eye), I saw the yellow, but I think it was only a mistake at the organizers' station.

"Sophia was really close to Han, so when Gian was an early brake, she had no time to react.

"She hit Han's right-hand fear and it threw her straight into Lisbon, and she flew to the second car.

"I just hope she's all right."

The 17-year-old German quoted: "I just wanted to let everyone know I was fine, but I'll go into the surgery tomorrow (Monday) in the morning … update soon."

I just wanted to let everyone know I was fine but would be getting into surgery surgery morning. Thanks to @fia and @hwaag_official @ MercedesAMGF1 Who take great care of me.
Thank you all for the supporting messages.
Update soon.

Flesch has a spinal fracture, according to a medical report published by her team, the Van Amersfoort race.

"The whole world saw what happened and we can only thank God that @ SophiaFloersch escaped with relatively minor injuries," Twitter Van Amersfoort. "Our thoughts go to other people involved and we wish them a speedy recovery."

Floresch's car then passed through a barbed-wire fence, hit the building on the system and landed with security officials immediately.

The incident sparked an immediate red flag and a delay of more than an hour before the race was restarted.

In a statement published on social media, the governing body of motor sports FIA said that "the driver (Floersch) is aware and then taken to the hospital for further evaluation." It added that Tsuboi and "two media members and one Marshal were also transferred to a local hospital in a state aware of further assessment."

Media reports said Zuboi had back pain in the neck.