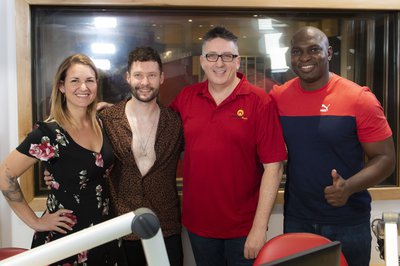 After getting the golden buzz of the popular show UK Got a Talent, Clum Scott quickly became a surname.

We had the privilege of being in the studio, and he shared the ups and downs of his career so far. One of the peaks is the love he receives from all over the world.

His career has spiraled all the way to success which led him to having his first tour in South Africa. He will perform in front of thousands of fans in the Durban Botanical Gardens.

"I'll be running in front of 4500 people in Durban and it's the biggest crowd I've done up front," Scott said.

The social media arose when we were live on Facebook, and the Kazan ladies shared themselves with the singer.

Michelle Sharneck said, "Love this man," while another comment by Subasny Vantasami said: "His voice is amazing and very talented."

Sure to say, he stole our hearts and Callom Scott, "You're the reason" We love our works!